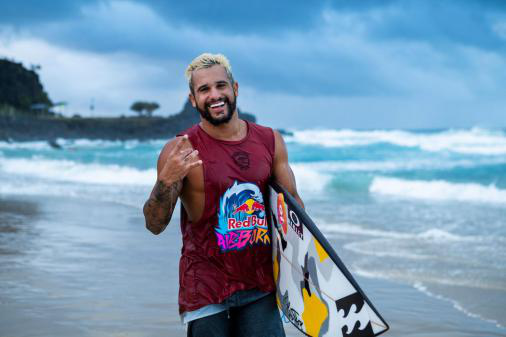 World champion and the first Olympic champion in the history of surfing, Brazilian italo ferreira He learned to surf using the Styrofoam lid his father used to fish in Baia Formosa, off the coast of the Rio Grande do Norte, where Italo was born. Beginning without glamour, doubts dispelled and the effort won became a documentary, released this Wednesday: “A Curiosa Historia de Italo Ferreira”, available exclusively on Red Bull TV. The 49-minute work was produced by O2 Films under the direction of Luiza de Moraes.

To promote the premiere of the documentary, Italo Ferreira attended the press for an open-hearted conversation. In a half-hour conversation, the 27-year-old Potiguar talked about the responsibility of being an Olympic champion, envisioning new dreams and not giving up on criticism from the management of the Brazilian Surf Confederation (CBSurf). The current president, Adalvo Argolo, has already faced complaints of administrative mismanagement by several surfers and state associations.

– Do we want a guy who is at home and doesn’t build? Italo said.

Have you ever been an Olympic icon?

– It all passes. What remains is the friendship that we have built throughout life, which the film shows. Of course I have dreams of winning, and I continue to pursue them, but the friendship we form remains. Of course to be a world champion and an Olympic champion is great, a huge responsibility in the end, because it changed my life. There are things that I really have to hold onto, and there are things we can do. So, to put it to scale, it’s quite different.

– These challenges were fuel, so I always try to do my best, because I know how much I have asked for, I have done a lot to reach here. I’m proud to have lived through it all, I wouldn’t change anything. Maybe if I had everything, I wouldn’t be here. The times I went through made me stronger and stronger to reach my goals and dreams.

Is it possible to compare the achievements of World Surfing (2019) and the Olympics (2021)?

– The world tour is much more difficult, because what we live during the year, the trips we take. Both titles were special. The world title moment with the people around me on the beach was wonderful, but the best moment was when I came home after the Olympics, because I was alone at home with my friends, with people who believed that anything could be real.

How was the reception after the Olympics?

– I also argued with my father that day, because he was not expecting me. He said, “You arrived at dawn, you didn’t tell anyone.” I said: “We’re in a delicate moment (due to the pandemic), I’m not going to spoil this story that I made up and then I cancel what I did, a lot of people crowd or something like that. That could get out of my control. So, to talk about the achievement, being achieved by my friends was special. These are small things, but they are special.

The next mission is to attempt to become a two-time world champion (between 9 and 17 September, three names will be in the Brazilian men’s WSL final in Trestles Beach, California (USA). The decision brings together the top five in the rankings. of the season. Gabriel Medina (in the final, which would be done in the best of three heats), Italo (entering the semifinals, single heat), and Filip Toledo (entering the quarterfinals, single heat) would compete for the title together with American Connor Coffin and Australian Morgan Sibilik, who plays the octave, solo drums). Is there a different strategy for the new final format?

– I trained a lot in the final to recover physically and mentally. I saw in the forecast that there will be high waves, so you will not be lucky, the one who performs the best will take the title. It’s actually really different from what we’ve been through in recent years, it’s changed our views, but it suits me. In the end, I am in contention and in the mood.

Did you like the new format of the final? 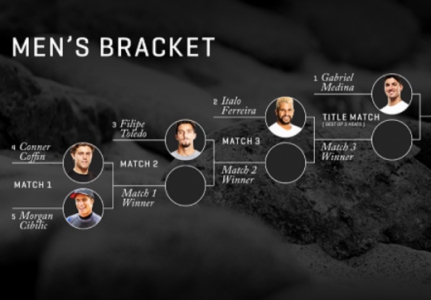 The title will be decided by the knockout series (Photo: Publicity/WSL)

Gabriel Medina and . how is your relationship with Philip Toledo? What do you have to say about these two opponents?

– They are the two best surfers today. They’re doing great, they’re two guys who surf a lot, who always raise my level. They are people who inspire me and are looking for the same goals as me.

Do you think that with the gold medal in the Olympics, there will be more investment and more organization in Brazilian surfing?

– Unfortunately, some people who are behind are thinking about their own navel instead of helping others, raking in and taking advantage of this moment to grow new surfers. Today you start surfing in Brazil and there is the world, but there is no middle ground, no national competition. Athletes end up without motivation, because they need a way to move forward. Many people give up because they have no choice and support.

What is missing for greater appreciation and recognition of professional and amateur surfers in Brazil?

– We are going through a difficult period in the championship in Brazil. Not just this year, but for the past few years, Brazilian surfers have been struggling with a lack of championships. Today we have big brands investing in surfing, but we need people behind us who want to be 100% on this journey, so that we have better athletes not only on the World Tour but on the national scene. Before that, people gave up on the WCT (World Championship Tour) to compete in national championships, because it was unbelievable, an absurd level of surfing. Today we don’t see anything like this. At the time, they had championships that gave cars and good prizes at the end of the year. For the athlete, this is a super incentive.

Efforts are being made to remove President Adalvo Argolo from the Brazilian Surf Confederation. There is an election for representatives of athletes, and professionals, both you and Medina and Filip Toledo, comment little about it. Are you acting from behind the scenes? Do you want Adalvo to move to Argolo?

– Actually, it’s fast. If it’s not working out, do we want a guy who’s at home and doesn’t build? You hire a guy to build your living room and the guy is sitting on your couch, do you want to be with that guy? I don’t like to talk about names, but we have already expressed ourselves.