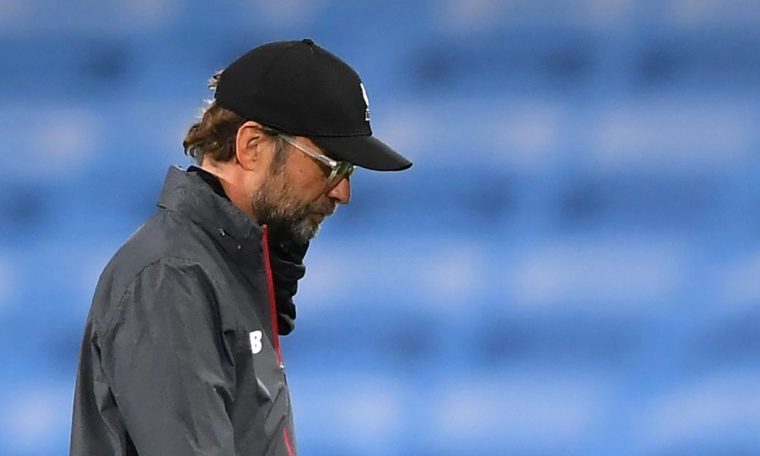 Questions are being asked about the imposition of FFP after the Court of Arbitration for Sport (CAS) on Monday  quashed City’s two-year suspension from European competition imposed on them by UEFA over “serious breaches” of financial regulations.

The implementation of FFP was among the reasons Fenway Sports Group bought Liverpool in October 2010, with the rules designed to stop clubs owned by either hugely wealthy benefactors or entire states from overspending in relation to revenue.

Under Klopp and with the backing of FSG, Liverpool have claimed the European Cup, Premier League, FIFA Club World Cup and UEFA Super Cup in the past 14 months.

And while happy City will be in the Champions League next season – not least as it will bolster his team’s defence of the title – the Reds boss is concerned about the potential ramifications of the CAS decision.

“From a personal point of view, I’m happy that City can play in the Champions League next year, because if I think about the league and City has 10-12 games less and can rest players, then I don’t see any chance for any other teams in the league,” said Klopp.

“I absolutely don’t wish anybody anything bad, like I said I’m happy that City can play in the Champions League, but I don’t think it was a good day for football yesterday to be honest.

“I think FFP is a good idea. It’s there for protecting teams and protecting competition, that was the idea from the start – so that nobody overspends and clubs before the season have to make sure that the money they want to spend is based on the right sources, let me say it like that.

“On top of that, I’m from Germany and educated in a completely different system the majority of my life. We have different club structures, it’s really a club structure and not owner-based system. In Germany, as long as they stick to this system, they won’t have these kind of problems.

“It was clear where you got your money from before the season. You got your licence, and if you didn’t then you can’t be part of the competition. It makes it slightly difficult.”

Klopp, speaking ahead of Wednesday’s Premier League visit to Arsenal, believes there has to be a series of checks and balances to prevent certain clubs from dominating the financial landscape.

And Liverpool boss has warned that without FFP, the possibility of a world super league limited to only the richest clubs would move a step nearer to reality.

“I think FFP is a good idea,” he said. “I only read a little bit about the wording (of the City case) and why it was like it was, and it’s not up to me to judge these things and I don’t.

“I only think this FFP frame, which is for all of us, we all should stick to. That’s all I can say.

“I really hope FFP stays because it gives at least kind of borders where you can go to but not over. That’s good for football. If you start doing that nobody has to care anymore at all, then the richest people or countries can do whatever they want in football. That would make the competition really difficult.

“I think that would lead automatically to kind of a world super league with 10 clubs. I don’t know the clubs, but it wouldn’t depend on the names of the club but on the people who own the clubs.

“It makes sense we have these kind of rules. But about the judgement from yesterday, I don’t know enough and I didn’t understand it properly why it was the judgement.”