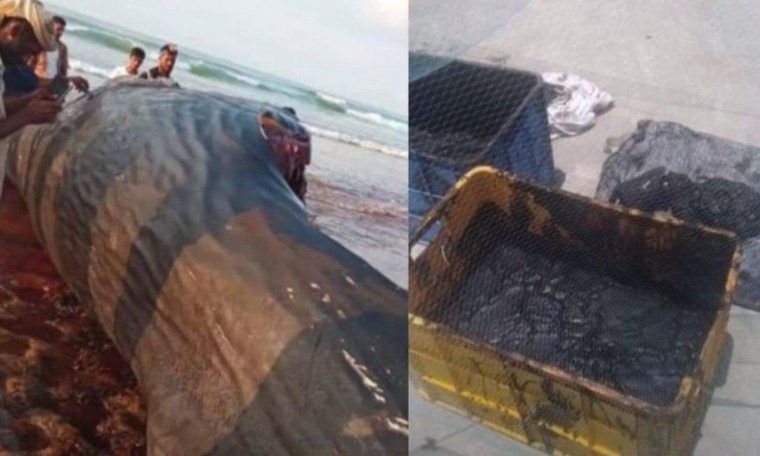 Sanai – A group of fishermen from southern Yemen found a rare treasure inside the carcass of a sperm whale. Inside the animal they came in the form of 127 kg of ambergris, the “vomit” of cetaceans, which is used in the manufacture of perfume. According to Independent UK the cost of the find is around £1.1 million, approximately R$7 million.

After 35 workers were warned about the corpse of the animal floating in the Gulf of Aden, with a small boat they dragged it to shore and uncovered the body.

A fisherman told the BBC: “As we got closer to it, there was a strong smell and we thought there was something in the whale.”

The unknown Yemeni said: “We decided to hook the whale, take it to shore and see what was inside its belly, and yes, it was ambergris. It didn’t smell great – but a lot money.”

Ambergris – known as “vomit gold” or “floating gold” – builds up within the intestines of sperm whales over many years to produce a gray or black waxy substance. It is used in perfumery to preserve perfumes.

According to the Middle East Eye, fishermen in the village of Al-Khaisa agreed to split the profits on a piece of gray amber before selling it for the equivalent of R$7 million.

One of the fishermen told the website that they had gone to buy a house, while some plan to get married now that they are out of poverty.

See also  "That's what I do": Barack Obama illegally burned a 3-pointer in a viral video. See