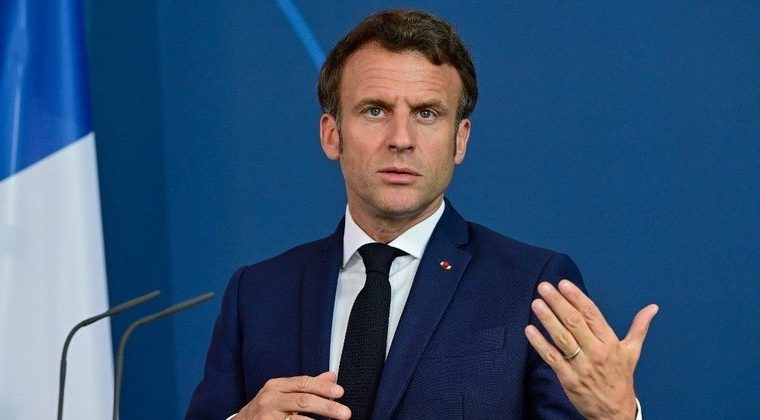 French President Emmanuel Macron said on Monday that Ukraine’s eventual accession to the European Union (EU) could take “decades” and suggested creating a “political community” beyond the bloc, which could include the UK.

The idea was welcomed by German Chancellor Olaf Scholz, who called it a “quite interesting suggestion” and said he was “very pleased” to have talked about it with the French leader.

Ukraine, which has been a target of Russian aggression since February, wants to join the European Union, and the European Commission has said it will respond to Kyiv’s request next month, an important step before the issue is discussed by member states. .

However, Macron, who was in Berlin where he met Scholz, dismissed any hopes of early admission, suggesting that it was more important to consider creating a broader group of countries than the EU countries. can be effective.

To this end, Macron called for the creation of a “European political community” that could include the United Kingdom.

“The United Kingdom has decided to leave the European Union, but it may have a place in this political community”, said the French president.

Regarding countries that have already started the accession path and are close to completing it, Macron said he thinks they should “continue to the end of this path”.

However, the French leader said that “others, such as Bosnia and Herzegovina, which are far away, and others in the western Balkans”, or who have “started on accession issues”. […]Sometimes for decades”, on the other hand, one might consider the possibility of joining a wider group.