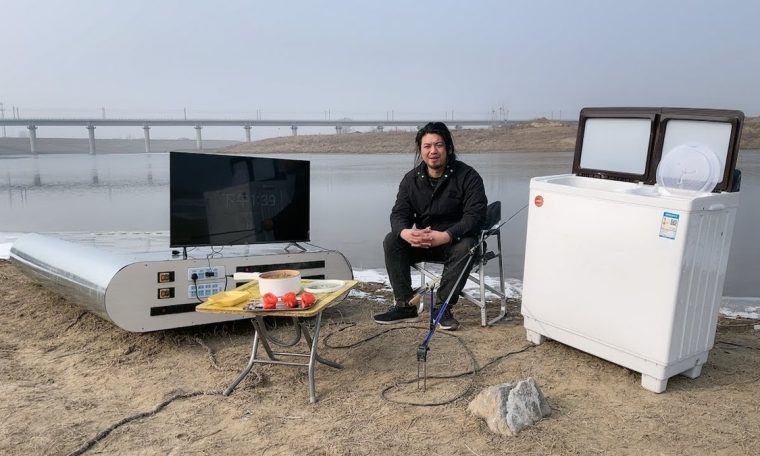 power Bank, a battery-powered device that allows you to recharge other devices, is ideal for keeping a cell phone on all day. Frustrated with having a device with less capacity than his friends, video presenter Handy Geng created the world’s largest power bank. Invention can charge 5,000 smartphones with 3,000 mAh battery – Estimated Capacity iphone 13for example.

Dubbed the “Super Large Mega Power Bank” – something like a “Super Mega Mega Power Bank” –, the accessory replaces the 900 full-size chargers. Its power is an absurd 27 million mAh. By comparison, an excellent power bank nowadays has 20.000 mAh,

I Which is the fastest charger in the world? View Top 5

In this way, the Chinese can charge the device from a laptop to an electric bicycle, as well as turn on the TV and washing machine in a remote location, as they demonstrated in a video.

In a do-it-yourself style, the video shows Handy Geng building his invention from scratch, from installing a powerful Bosch battery (like the ones in a car) to finishing it with a similar design. ipod Nano, The accessory comes equipped with a few switches and no less than 60 outlets, so you don’t miss the chance to charge multiple devices at once.

Successful in proving that his invention works, Handy Geng makes no secret of how difficult his “portable” charger is to transport. The power bank is a colossus which is 1.80 meters long and 1.20 meters wide and 30 centimeters high. To move the equipment around the city, Geng had to build a base with wheels and use a rope to pull it.

with information from Handy Gang I Kotaku