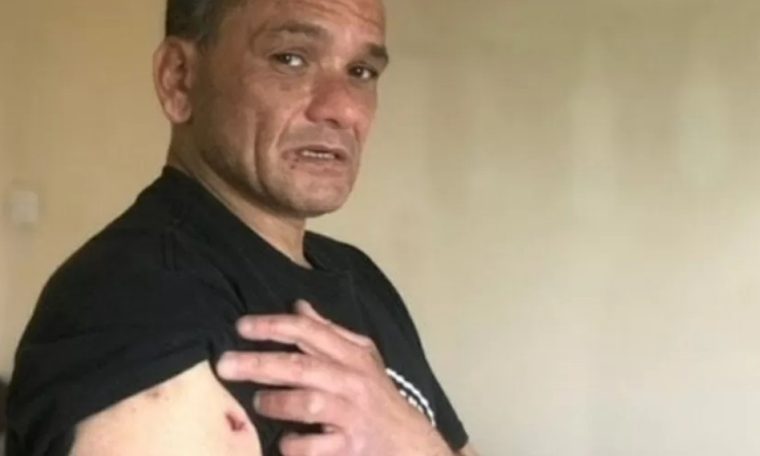 Russell Davis, 55, was homeless. In 2020, he got a job as a chef and apartment in the Southborough area of ​​Kent, England. A week after the move, the man noticed some bites on his body and found an infestation of venomous spiders in his home. The information is from UOL.

Russell reported that so far he has been bitten more than a hundred times by “false widows”, the most venomous spider in the whole of Britain and that its venom can cause adverse reactions in people.

“I’m in pain. It’s like when I wince, I have pieces of glass all over my body where I’ve been bitten,” Russell said in an interview with the BBC.

“I have been sleeping in a tent for about a week and a half. During the day I am roaming in search of spiders. My mind is constantly on edge because I am always on the lookout for webs and spiders. I don’t want to live like this.”

“When I found the spiders on my property, 15 months had passed and I was what you used to call a sleeping spider feast. I don’t know if I’ve found them all. That’s the scary part for me. I like this.” Time is not sleeping properly because it came to my mind when I was cut in sleep.”

He said that he lost his job because of his skin condition.

After the complaint, some people spread poison in the entire building, but only in the corridors and common areas.

A spokesman for the Clarion Housing Association said he understood how unpleasant this situation could be and added that Russell was “correctly informed that he has a responsibility to deal with this pest infestation under his lease agreement.” “

“Pest control specialists from Clarion have been hired to deal with issues in community spaces, but we asked them to review Mr. Davis and he gave her some practical advice on how she could resolve the situation. “