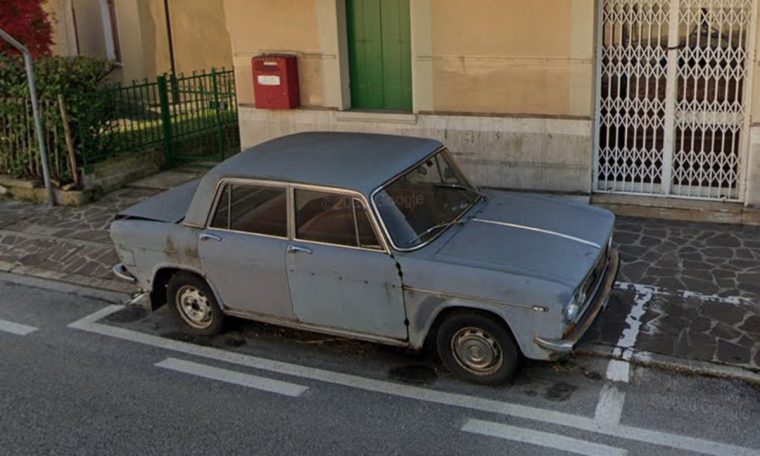 A car parked on a street in the city of Conegliano since 1974, in ItalyAccording to the Corriere del Veneto newspaper, it was removed from the road on 20 October.

The car had been parked in one place, in front of a newsstand, for decades.

The vehicle, the Lancia Fulvia, became famous on social networks when the Italians chose it as one of the “monuments” of the city of Conegliano.

It was joked that the car should be declared a World Heritage Site and the legacy of Conagliano’s grandparents.

The governor of the area is from the city and said he had seen his car parked there ever since he was on his way to school.

According to the RAI network, the car is owned by Angelo Fregolent, a 94-year-old man who worked as a mechanic at Fiat and was a newsboy. He said that when he opened the newspaper stand, he used the interior space of the car to temporarily store some newspapers before moving them inside.

Road tax was paid annually even though the car was not driven.

Rear view of a car parked on a lane from 1974 — Photo: Reproduction/Google Maps

The car became famous and will be shown

Lancia Fulvia became known because of Italian media reports, so they decided to remove her.

They were taken to an exhibition in the city of Padua, one of the largest cities in the region. After the exhibition, the car will be taken to Vicenza, where it will be restored.

After that, the car will be returned to Conegliano, and will be displayed near the home of Angelo Fregolent.

Car parked on the street in an Italian city since 1974 — Photo: Reproduction/Google Maps