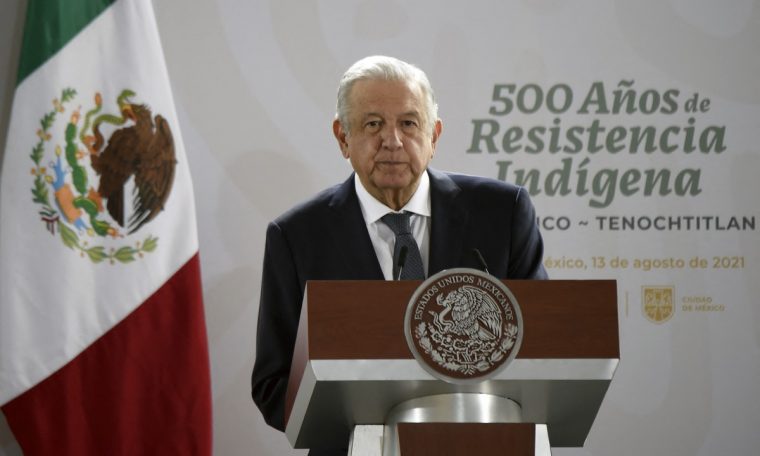 President of Mexicohandjob Andres Manuel Lopez Obrador, said the Spaniards’ victory “was a resounding failure”, recalling this Friday (13) 500 years after the fall of the Aztec Empire.

“This disaster, the catastrophe, the cataclysm, whatever you want to call it, allows us to maintain that the conquest was a resounding failure,” said López Obrador, presiding over a ceremony that took place in the Aztec city of Grande Tenochtitlán. commemorates five centuries of the fall of .

The ceremony was held in the central square Jocalo, the heart of the Aztec Empire, in the presence of indigenous representatives from Mexico, Canada and the United States, and descendants of the third emperor, Moctezuma II.

“What civilization can we talk about if millions of human lives are lost and the nation, empire or major monarchy, in three centuries of colonialism, is unable to recover the population that existed before the military occupation?”, added . President.

López Obrador enumerated the diseases caused to the Indians by the arrival of the Spaniards and accused them of carrying large amounts of gold.

Conquest and colonialism are “signs of backwardness, not civilization, less justice”, he outlined with his back to a monumental representation of the Templo Mayor, the center of religious life in the Mexican era.

“I hope we are all committed to non-repetition. And let us never again ask for an attack, an occupation or a conquest,” he said.

The left-wing president has insisted on other occasions that Spain and the Catholic Church should apologize for the excesses committed during the conquest.

Without receiving a favorable response to the complaint, López Obrador asked this Friday to “pardon the victims of the devastation caused by the Spanish military occupation of Mesoamerica and the rest of the territory of the present-day Mexican Republic.”

The Zocalo and surrounding streets were closed to traffic outside the celebrations, including indigenous peoples, who celebrated Tenochtitlan’s last sovereign day with dance and prayer on Thursday.