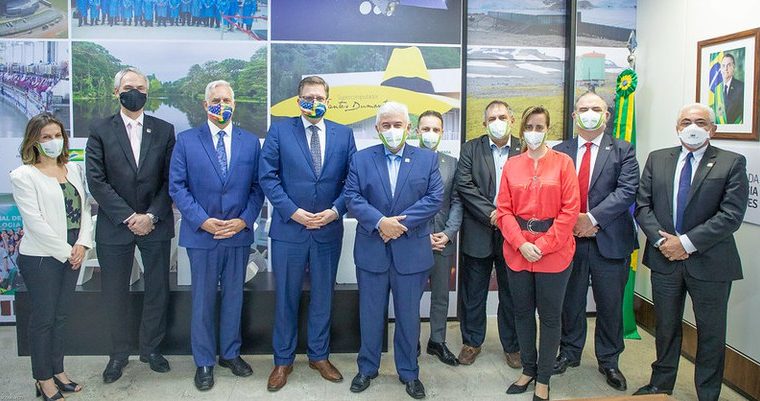 On Thursday (22), the Minister of Science, Technology and Innovation, Astronaut Marcos Pontes, made a courtesy call on Todd Chapman, the US Ambassador to Brazil, who is completing his mission in the country and revealed his intention to retire. The meeting also outlined the agenda for the continuation of the partnership between the two countries and the participation of Minister-Consultant Douglas Koneff, who will temporarily take over the US embassy in Brazil as in charge of trade.

During the meeting, the minister highlighted the important cooperation signed between Brazil and the United States during the ambassador’s mission to the country, with an emphasis on the space sector. Marcos Pontes thanked the Ambassador for his support for the implementation and advancement of the Technical Security Agreement (AST) approved after more than 20 years. AST allows the United States and other countries to launch satellites from the Alcantara Space Center (CEA) in Maranho. “This positive relationship that Brazil has with the United States is very important.”

The minister also highlighted the inclusion of Brazil in the Artemis program of the US Space Agency (NASA), which intends to take the first woman and the first black man to the Moon, as well as the next man to the lunar surface in 2024. . “It is an honor to work with this ministry. In the space sector, the Artemis agreement is a cause for pride and I want to see the Brazilian flag on the moon”, said the United States ambassador.

Todd Chapman highlighted the progress of the various bilateral partnerships established through the MCTI in various areas such as research, health, scientific education and technology. “I am very pleased with this positive agenda and with these projects, which will continue to grow”, he guaranteed. As an example, he cites the signing of a memorandum of understanding between the Smithsonian Institute and MCTI, which allows the improvement of science education in Brazilian public schools through the Ciencia na Escola program. “.

The meeting was also attended by MCTI secretaries, who presented to US Embassy representatives the possibility of establishing new bilateral partnerships in their respective fields of activity. Some of the topics presented were development of vaccines against COVID-19 and programs in the maritime sector and encouraging private investment in science and technology.