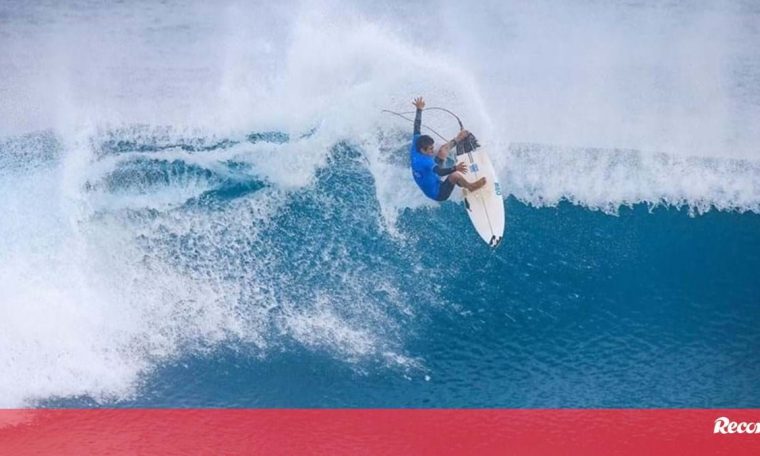 The 2022 season of the WSL is fast approaching, with the pipeline serving as the starting stage for the CT in early January. However, the secondary and regional circuits also begin to gain life for the first months of the new year. This Monday the WSL announced a stage for Europeans and Africans in Morocco to mark the return of Taghazout to the calendar. Meanwhile, in Australia the calendar for the first half of the year is practically defined, with an emphasis on QS. After a successful edition in 2020, in which the Portuguese were in evidence, with Vasco Ribeiro and Frederico Morais reaching the semi-finals on Taghazout’s debut on the QS circuit, the Moroccan event is back, serving up the best Europeans and Africans. Pro Tagazout Bay will count for both regional circuits and promises to be one of the great attractions of early 2022. The disputed race over the world-class rights to Anchor Point is scheduled to take place from February 21 to 27. One of the great innovations of the event is the fact that it also serves as the stage for the European Finals of the Rip Curl Groms Search, the renowned championship for the best under-16 and under-14 in the world. After the national final is held, a group of 36 boys and girls from across Europe will discuss the European title and the move to the Grand World Final, where great names in world surfing, such as Gabriel Medina or Stephanie Gilmore, are already crowned. .also young Portuguese Afonso Antunes.

With regard to the European circuit, the WSL Europe release reveals what the regional QS season will be. According to what was announced, the European circuit will have six events, two of which have already taken place this year – Anglet and the Azores. These, in addition to Taghazout, are joined by competitions in Israel and two more in Portugal, which should be common in Santa Cruz and Caprica. Overall, the European QS 2021/22 should end in early April before the start of the Challenger Series 2022. It remains to be seen whether this is a final livery or if there will still be new races or cancellations.

For the African QS, which will begin in December, with a trial at Ballito in South Africa, it should take three more tests, in addition to the one now announced for Morocco. South Africa are expected to receive another additional race, as well as Senegal and even Cte d’Ivoire, which have long been announced to host WSL races, although the pandemic has led to frequent cancellations .

The Australian region has also announced its calendar for 2022. In this case, the full calendar for the first half of the year is already scheduled, including regional QS, Pro Junior, Challenger Series and CT events. With the race calendar already available on the WSL website, the Australian QS circuit consists of seven stages, starting with the QS1000 at Phillip Island on 10–13 February. The highlight of this circuit will be the two finals, closer to April, one in the QS5000 Tweed Coast and the other in Newcastle. In between, Pacific Palms, Port Stephens and Sydney host QS1000 events, while Avoca Beach hosts a QS3000.

A highlight is the fact that six of these seven competitions will be held in New South Wales, the region which proved to be more open to receiving World Surfing in 2021, thus making possible the return of CT in this year which is to end. Is. Only the first phase takes place in the state of Victoria. The scenario is similar in Pro Junior, with three races in New South Wales (Newcastle, Tweed Coast and Manly) and one in Queensland.

With the QS overs, the focus is on the main circuit, starting in Hawaii followed by the CT in Australia and the Challenger Series starting from there. In April, Australia hosts the world’s surfing elite for the Bells Beach and Margaret River stages, while in May the Challenger Series begins with a stage on the Gold Coast, which traditionally hosts the inaugural whistle race. , and the other takes place in Manly Beach, Sydney.