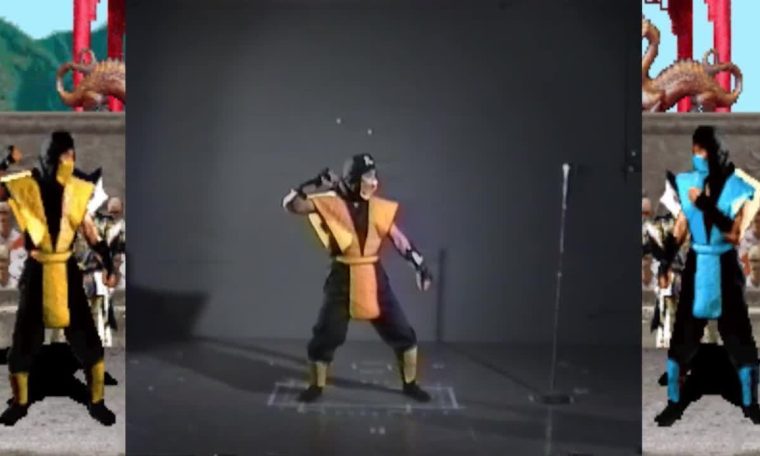 Mortal Kombat series co-creator, Ed Boon, has released video showing off the creative process and motion capture of the iconic Scorpion and Sub-Zero poses. Images published Thursday showed martial artist and actor Daniel Pessina dressed as a yellow ninja and receiving instructions from Boone and John Tobias. This post is part of a celebration of the 30th anniversary of the franchise, launched in October 1992.

+ Mortal Kombat: the Brazilian brand of figurines is impressive; Eye
+ Mortal Kombat 11: the reality show promotes the inclusion of PCD

– Remember, this was very early in the project. The ninja didn’t even have names yet. I laugh to hear myself calling Sub-Zero “The Cold Man” – Ed Boon explained.

In addition to the video, Boon also talked a bit about the creative process, which was extensively revamped at Image Capture Studio. Scorpion and Sub-Zero did not have names at the time, but it was known that the two characters would share animations, but with a color palette switch. One will be red like the actor’s clothes and the other will be digitally changed to blue. The purpose of the maneuver was to save memory and also happened for budget reasons. In the video you can see Boone calling the Scorpion “The Ice Guy”.

– “Palette Swap Ninjas” originated as much from a brilliant story rivalry as from a technical solution we needed to fit the game into a limited amount of space (memory) – he continued.

Mortal Kombat: Behind the Scene of Scorpion and Sub-Zero Recordings — Photo: Midway

Despite this, there was a gap to the seven frames that gave each of the ninjas more personality. As the opportunity strikes the recording set, the video shows the game’s developers and Pesina creating solutions between attempts.

At the end of the messages, Boon highlights how much of the source material ended up outside of the final version of Mortal Kombat. The game, released by Midway Games, hit arcades in October 1992.

Mortal Kombat: Behind the Scene of Scorpion and Sub-Zero Recordings — Photo: Midway