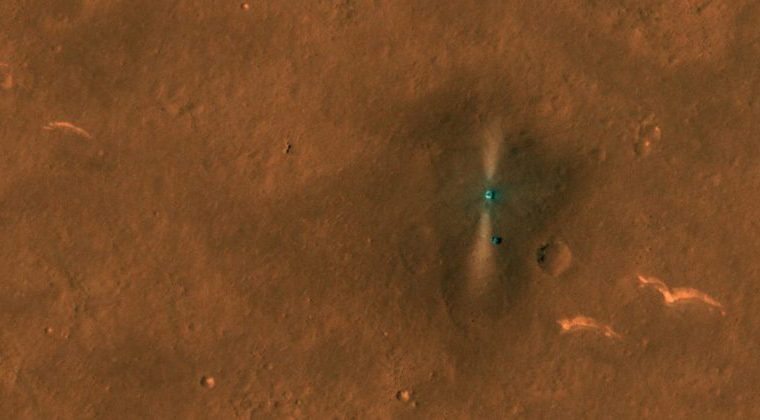 The US space agency NASA managed to take two pictures of the Chinese rover Zurong. The images were captured by the HiRISE camera (High Resolution Imaging Science Experiment), which has been aboard the MRO (Mars Reconnaissance Orbiter) probe since 2005.

In one of the images, it is possible to visualize the Zurong and the landing module in the region of Utopia Planitia, an area with smooth ground and almost no rocks, where the vehicle landed. In the second, almost similar to the first, you can also see the parachute.

The rover is part of the Tianwen-1 mission, considered by astronomers to be the most daring one ever. The goal was not only to orbit the Red Planet, but also to land and explore its surface.

Zurong reached Martian orbit on 10 February and remained there until late 14 May, when it finally successfully landed on Martian Earth in a seven-minute fast. The feat made China the third country to achieve such a feat, after only the Soviet Union, with Mars 3 in 1971, and the United States, with Viking 2 in 1976.

See also  How to Record Stories with Blur Background on iPhone