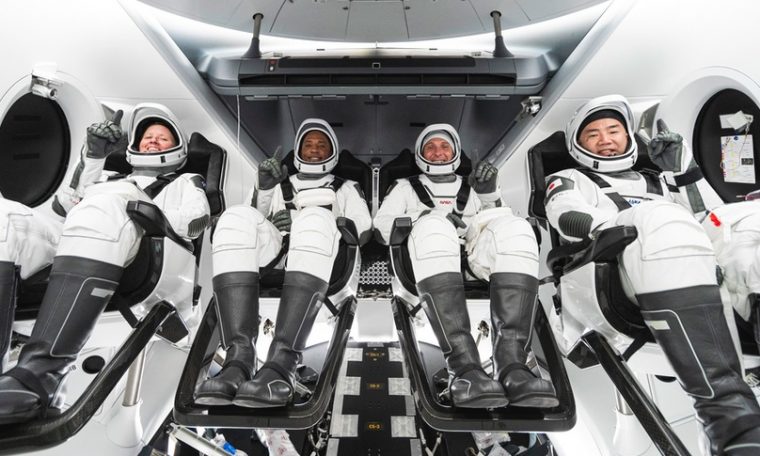 WASHINGTON – NASA is delaying the launch of the first working SpaceX commercial crew mission until the first half of November to provide more time to assess a problem during a recent Falcon 9 launch attempt.

NASA announced the Crew-1 mission on October 10, which was scheduled to launch from the Kennedy Space Center on a Falcon 9 on the morning of October 31. It will no longer launch before mid-November.

The agency said the delay would give SpaceX “more time to complete hardware testing and data review as the company evaluates the minor behavior of Falcon 9 first-stage engine gas generators seen during a recent non-NASA mission launch attempt.” Does. ” NASA did not identify the specific launch attempt in question, however A Falcon 9 with a GPS 3 satellite was launched just two seconds before the launch on October 2. Because SpaceX’s chief executive, Alan Musk, was later described as having a “sudden increase in pressure in a turbomachine gas generator.”

“With the high engagement of missions, SpaceX has provided us with a truly unique understanding of this business system and helped us make informed decisions about the status of our missions,” said Kathy Lloyders, NASA’s Associate Manager at the agency. Kathy Lloyds, NASA’s associate manager for human research and operations, said. Statement. He said the problem was being investigated “and we need to be very vigilant within the next week.”

Both the Crew-1 and GPS3 missions are using the new Falcon 9 first phase, which was not previously launched. Following the GPS 3 scrub, SpaceX successfully launched another Falcon on October 9. SpaceX has yet to reschedule the GPS 3 launch.

NASA said the issue with the Crew-1 mission would not delay the launch of another Falcon 9 of the Sentinel-6 Michael Freilich Earth observation satellite scheduled for November 10 from Vandenberg Air Force Base in California. That mission will also use the new Falcon 9 first stage. Another Falcon 9, possibly the first to fly, will launch a cargo dragon into space for NASA in late November or early December.

The Crew-1 mission will take NASA astronauts Mike Hopkins, Victor Glover and Shannon Walker, and Jaxa astronaut Sochi Noguchi to the International Space Station for a six-month stay. NASA had earlier delayed the launch from October 23 to October 31 To provide more time to complete the certification work of the Crew Dragon spacecraft.

Hans Konigsman, vice president of build and flight reliability at SpaceX, told NASA shortly after September 29 about the Crew-1 mission, “For this critical start, we are happy to support NASA and any program.” Announced a delay in October.

The current IS pilots of NASA’s Chris Cassidy and Roscosmos’ Anatoly Ivanishin and Evan Wagner will leave the station a week later, returning to Earth on the Soyuz MS-16 spacecraft.