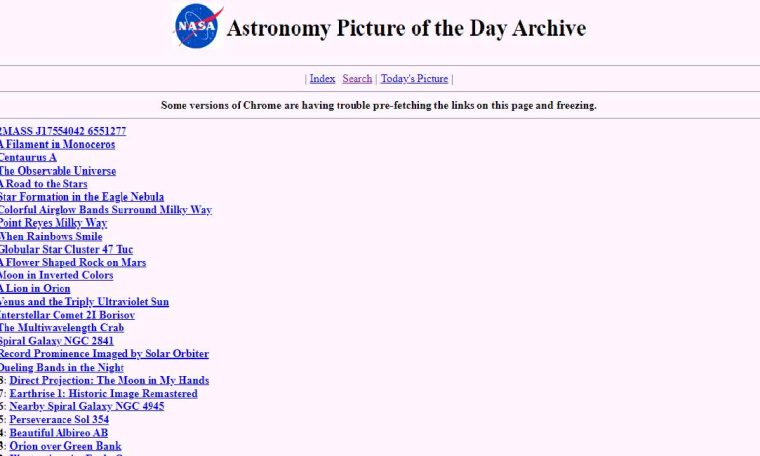 For astrology lovers and those who want to know about this topic, NASA APOD (Astronomy Picture of the Day) website It went viral on TikTok after it was discovered that it can tell which space photo was taken on the day, month and year you were born. Photos are searchable from June 16, 1995.

The project website is maintained by NASA and for Michigan Technological University (USA), According to the website, each day, people are shown an image of the universe with an explanation posted by a professional astronomer.

Despite the “90s web page” layout, the online archive has recently gone viral with posts on TikTok.

Find out how to watch:

Step 2: The page will show a list of dates from latest to oldest. You can scroll to the desired item, or give that famous “Ctrl F” to quickly find the desired word – year, month and day in English. then just click on the image title

Step 3: As an example, we clicked on the link dated September 27, 2009. Titled Annotated Galactic Center, the photo is composed of a mosaic of galaxies observable by ground-based telescopes.

However, it’s also worth checking out any other images on the site, regardless of the dominant date. Below, for example, an aurora over the Alaska Territory (USA), photographed on October 6, 2010.