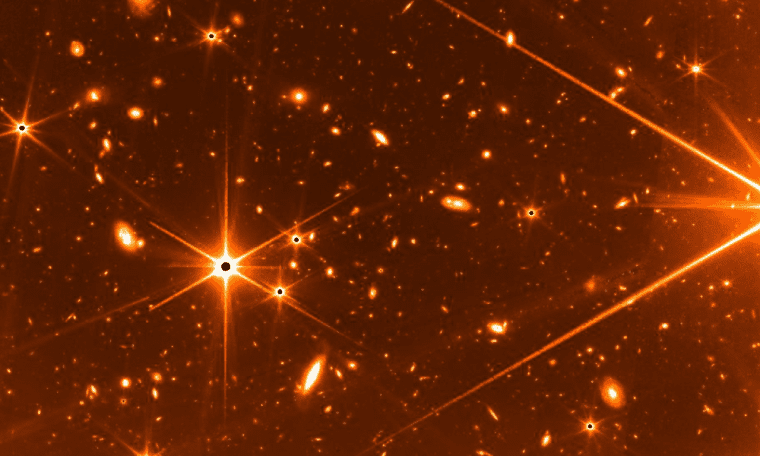 Last Wednesday (6), NASA released a new image taken by the James Webb Space Telescope. The photo brings nothing less than the deepest view of the universe, although it has no scientific character – that is, it cannot generate data for astronomical research.

The image was recorded during telescope stability tests and, under normal circumstances, would be discarded. However, there was additional space to process the image and NASA decided to show it to the world,

The brightest star in the image is called HD147980. In the background are other stars (similar to the “+” symbol) and galaxies (bright dots). What you are seeing is actually a set of 72 photographs taken by the Fine Guidance Sensor (FGS) over eight days.

The researchers’ goal was to test the stability of the instrument while the rest of the telescope swung from side to side like a spacecraft. FGS, manufactured by the Canadian Space Agency, does not use color filters. Because of this, scientists are unable to determine the age of galaxies based on this image.

But soon it will be resolved. in daytime July 12The first color photographs of James Webb’s scientific mission will be released. Targets Not Known Yet, But NASA Administrators Have Already Moved Out What We Should Look For In This Roll deepest image of the universe,

After all, James Web was created for that. Its main purpose is to provide information about the origin of the first stars and galaxies 13.5 billion years ago.