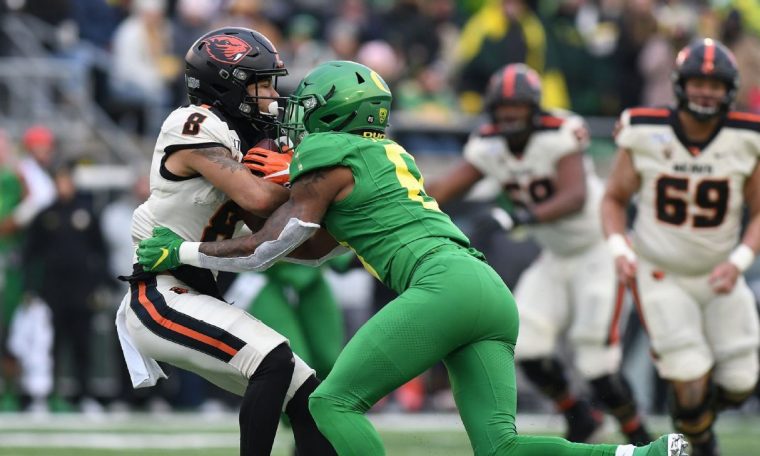 Oregon and Oregon State will no extended use the phrase “Civil War” to market rivalry games involving the educational institutions.

“Changing this name is overdue as it signifies a relationship to a war fought to perpetuate slavery,” Oregon State president Ed Ray said in a statement. “While not intended as reference to the true Civil War, OSU sporting activities level of competition need to not supply any misconstrued reference to this divisive episode in American heritage. That we did not act prior to to modify the name was a error. We do so now, together with other significant actions to progress equal opportunity and justice for all and in recognition that Black Life Subject.”

Universities throughout the place are reviewing long-held traditions, faculty cheers, stadium names, setting up names and on-campus statues in the wake of protests bordering George Floyd’s demise as a phone to action to address racial injustice.

Oregon athletic director Rob Mullens pointed to former Ducks quarterback Dennis Dixon as being a catalyst for improve when he requested regardless of whether the expression ought to continue to be employed.

“We need to all acknowledge the electrical power of phrases and the symbolism linked with the Civil War,” Mullens reported. “This mutual conclusion is in the most effective interests of the two educational facilities, and I would like to thank [Oregon State athletic director] Scott Barnes for his diligence as we labored by means of this course of action. We glimpse forward to our continued and fierce in-condition rivalry with Oregon State in all athletics.”