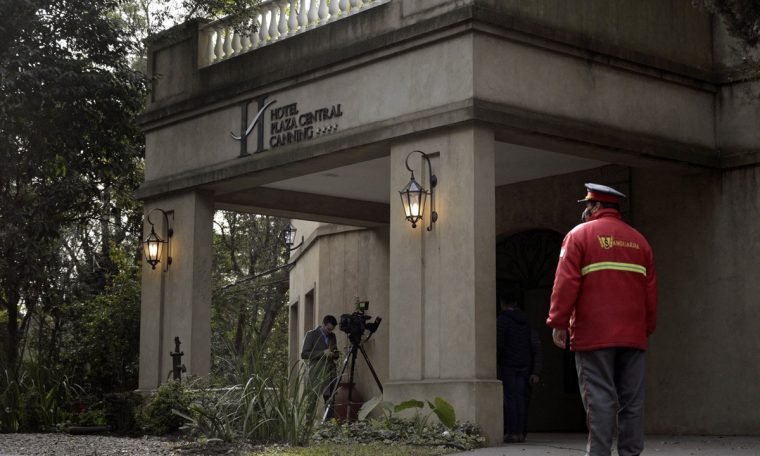 The head of the Paraguayan intelligence service, Esteban Aquino, said this Friday (17) that one of the Iranian crew Venezuelan cargo plane stranded in Argentina Gholmareza Ghasemi, who is affiliated with the Iranian al-Quds force.

“Captain Gholmareza Ghasemi is not a name. He is a man linked to al-Quds,” Aquino told AFP.

“When we got this confirmed, we alerted our colleagues in the region and other parts of the world,” said the official, who said the warning was given “in good time.”

His statement contrasts with those of Argentine Security Minister Aníbal Fernández, who claimed on Tuesday that there was a coincidence of names.

“They are synonyms, nothing more,” Fernández said, recalling an identity check conducted by the Argentine Federal Police.

A cargo Boeing 747 has been detained for a week in Buenos Aires as part of a judicial investigation, along with its crew of 14 Venezuelans and five Iranians. The court barred 19 crew members from leaving the country.

The plane, which was in Paraguay in May, belongs to Amtrasure, a subsidiary of Venezuela’s Convisa, which is under US Treasury sanctions. It was bought a year ago from Iranian airline Mahan Air.

Aquino said that “the alert was about the aircraft and the crew. There is evidence that the alert came in that there was an intervention. There was a good alert in good time”, he reiterated, “recognizing the rapid response of the Argentine government, Uruguayan”. “.

The plane arrived in Argentina on June 6 with a consignment of car parts from Mexico. Unable to fill up with gasoline in Buenos Aires, she tried to travel to Uruguay on 8 June, but was denied entry by the Uruguayan authorities.

“We acted swiftly with the defense minister and were able to prevent the plane from entering Uruguay’s airspace,” Haber said.