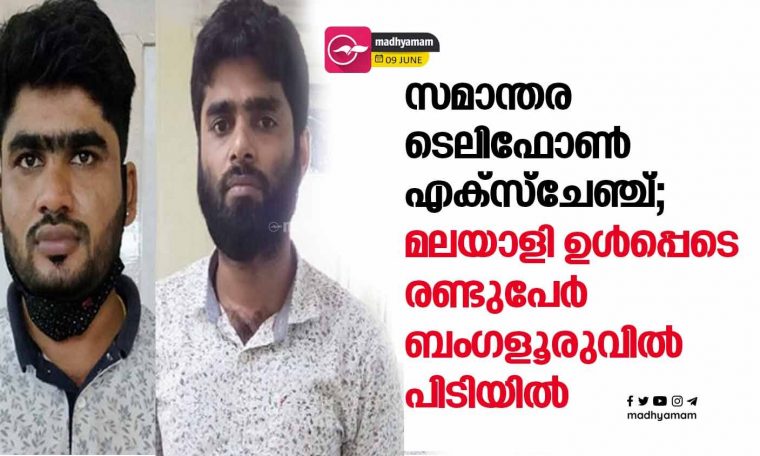 Bengaluru: Two people, including a Malayali, have been arrested for illegally operating a parallel telephone exchange in Bengaluru. Ibrahim Pullatil (36) from Malappuram and V from Tiruppur. and Gautam (27)

Arrested by Bangalore Central Crime Branch. Of these, 30 symbols and other devices capable of using 960 SIMs simultaneously were seized.

Parallel exchanges send telephone calls from overseas to local customers without the knowledge of the Department of Telecommunications. Joint Commissioner Sandeep Patil said the illegal act can be used for activities affecting the security of the state.

International phone calls were illegally converted into local calls using Voice over Internet Protocol (VoIP). They change the way calls are received from local numbers. This is an illegal act by the telecom service providers in the country. This will result in loss of government tax and compensation to telecom companies for every international call.

Ashraf (33), a native of Kozhikode, was arrested in March last year by the Bangalore Central Crime Branch for conducting parallel telephone exchanges at night under the guise of a tea shop in Bangalore. Based on the information received from Ashraf, after further investigation, two more people, including a Malayali, were arrested. Most of the international calls are made as local calls to the call centers operating in Bangalore for foreign companies.

How to Update Expired WhatsApp Easily