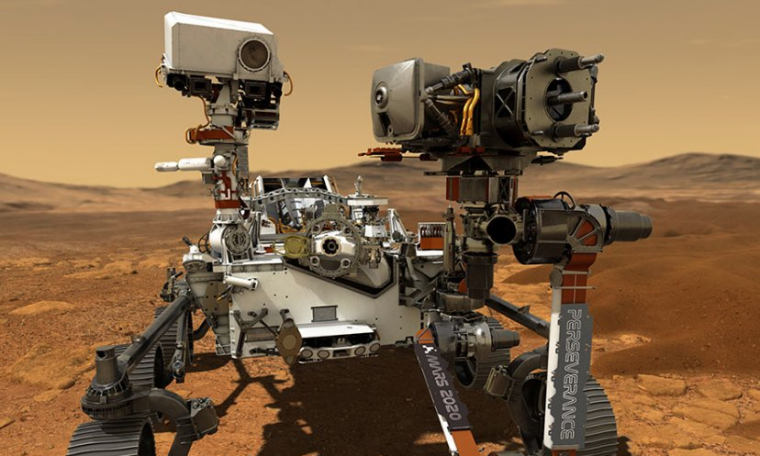 Robot Perseverance, who arrived Mars planet In February this year, it helped Earth scientists deepen theories about the Red Planet. A study published October 7 in the journal “Science” used images taken by robots to confirm the lake’s existence.

Perseverance discovered the so-called Jezero Crater. The site attracted the interest of scientists from the US Space Agency (NASA) and are involved in other missions because of the possibility of harboring life in the past. The images showed not only that the lake was present in the crater, but also that it was fed by a river.

According to the study, the existence of the lake dates back to billions of years ago, when the Martian atmosphere allowed the flow of Water across the surface of the planet.

Its water content has undergone major changes over time, but it is not yet known whether this was caused by floods or climate change. The lake has dried up.

In addition to important confirmation for scientists, the persistence images also provided information that could help missions confirm that there was once life on Mars, albeit subtly.

Using the robot’s super camera, it was possible to identify locations with greater potential for searching for rock and sediment fragments that may have biological components and other evidence for the existence of life.

The search for this evidence is part of Perseverance’s primary mission, which was sent to Mars in 2020. It is expected to collect rocky material that will be sent back to Earth, and then analyzed by scientists.

The article was first prepared with the data obtained by Persistence. Now, the robot will be dedicated to searching for the remains of a delta – a rocky mass formed from sediment – passing through a river crater.

According to mission scientists, the base of this delta is believed to be a site with great potential for extracting rocks that may contain organic matter.

*Under the supervision of Wellington Ramalhoso