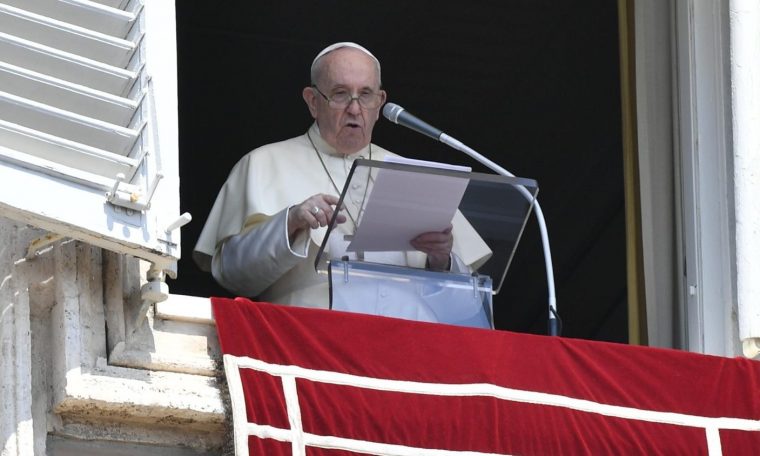 Francis said in his address to the day of the solemnity of recognition that “Mary, in her smallness, first conquers heaven. The secret of her success lies in identifying herself as small and needy.” With God, only those who identify themselves as nothing are capable of achieving everything.

“In this Sunday Gospel, the solemnity, grandeur of the Assumption of the Blessed Virgin Mary in heaven stand out. This song of praise is like a picture of the Mother of God”. Mary ‘rejoices in God, because she saw the humility of her servant’. Humility is the secret of Mary. It is this humility that caught God’s eye on him. ”These are the words of Pope Francis before the Angelus on the Assumption of the Blessed Virgin Mary, spoken in front of believers and believers from the window of his office in the Vatican Apostolic Palace. Pilgrims gathered in the Square St. Peter. “The human eye – the Pope continued – seeks greatness and is dazzled by what is pretentious. God, on the other hand, looks not to pretentiousness but to the heart and delights with humility. Looking at the concept of Mary today we It can be said that humility is the only path that leads to heaven.

The word ‘humility’ comes from the Latin humus, meaning ‘earth'”, the pope said. It is contradictory: to reach the top, to heaven, you must be as low as the earth! Jesus teaches: “He who The humble himself will be exalted. God exalts us not for our gifts, our wealth and abilities, but for our humility. God exalts those who degrade themselves, those who serve. Mary, in fact, gives herself no other ‘title’ than a maidservant: she is “God’s maidservant”. She doesn’t say much about herself, she doesn’t find anything for herself anymore.

Mary, in her smallness, conquers heaven first. Pope Francis underlined, “The secret of her success lies in identifying herself as small and needy.” With God, only those who identify themselves as nothing are capable of achieving everything. Only those who empty themselves are filled by it. And Mary is “full of grace” because of her humility. For us too, humility is the beginning, the starting point of our faith. It is necessary for the soul to be humble, that is, to have the need of God. One who is full of himself makes no room for God, but one who remains humble allows God to do great things. The poet Dante called the Virgin Mary “the humble and above all creature”.

Pope Francis then said that it is good to think that the humblest and tallest creature in history, who conquered heaven with his body and soul, spent most of his life within the walls of his home, in everyday life . . Grace-filled days were not very impressive. They were often the same, in silence: from the outside, nothing extraordinary. But God’s gaze always remained on her, praised for her humility, her availability, the beauty of her heart, never touched by sin. This is a great message of hope for us; For you, who live a single day, exhausting and often difficult.

Let’s celebrate it today with the love of children

Mary reminds us today that God also calls you to this glorious fate – the Pope continued. “These are not beautiful words, it is truth. This is not a simply crafted happy ending, not a sacred illusion or false consolation. No, it is pure reality, alive and true as Our Lady ascends to heaven “

The Pope then invited the believers present in St. Peter’s Square: Let us celebrate them today with the love of children, inspired by the hope of one day living with them in heaven!

Then Francisco asked everyone to pray to Our Lady so that she could accompany us on the way from earth to heaven. He also asked Our Lady to remind us that the secret of the path lies in the word humility. And that smallness and service is the secret of reaching the goal.