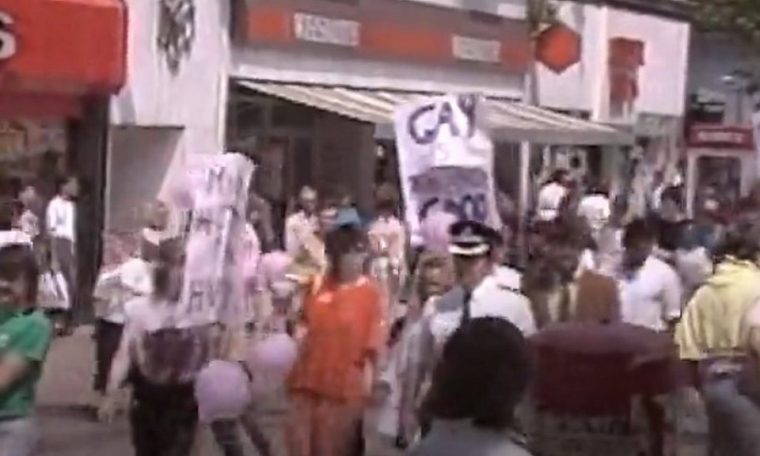 “It was a small band of people, but it was a huge step for Cardiff”.

It’s 35 years since Cardiff’s first Pride event, with those who helped arranged the march remembering it as a modest, if ground-breaking gathering.

But what is the history of the Pride movement and how did it first take to the Cardiff streets?

The first pride was a riot. In the early hours of 28 June 1969, police raided the Stonewall Inn, in Greenwich Village, Manhattan, New York City.

America’s strict anti-gay laws had forced many from the LGBT community underground but the raid was met with defiance: no longer would people conform to police orders.

The events are now considered the most important of the gay liberation movement. Thanks to the New York activists, June became the month of pride.

But it wasn’t just America where action was taken – the UK had its own obstacles to overturn.

Two years before Stonewall, the UK had passed the Sexual Offences Bill, which was introduced by Welsh MP Leo Abse.

The act partly decriminalised homosexual acts between two men over the age of 21 in private in England and Wales, although not in Scotland or Northern Ireland.

And the emphasis very much on “in private”.

Abse, then a standing candidate for Pontypool, has often been heralded as the man who “legalised homosexuality”, but the bill actually increased the penalty for the offence of gross indecency from two years’ imprisonment to five.

See also  Douglas County officials say how many students have tested positive for Covid-19 in the past 2 weeks.

The gay liberation movement was far from liberated.

Later, the 1980s became a decade in which life for those in the LGBT community would be challenged.

The political climate was shifting and there was a change in mood for those desperate for equality.

“I remember with my boyfriend – I remember sometimes holding his hand outside. We were careful about it,” said Tim Foskett.

He was a student at Cardiff University from 1984. He soon joined the university’s gay social group, which would hold regular meetings on life in the city centre.

Cardiff had a small gay community, where many people gathered safely.

“When I first came to Cardiff I think there were two gay clubs, and the tunnel club,” Mr Foskett said.

“There was the Terminus, that was the first gay pub I went to, and it wasn’t always strictly gay. We met in the room upstairs. You had to walk through the pub to get to the gay society meeting. I have to say, it was pretty scary.”

Another pub was The King’s Cross, which closed down in 2011, and is now The Corner House.

“The King’s Cross was more lively, but also still quite a scary place to go into as an 18-year-old,” Mr Foskett added.

The Tunnel club, now known as Metros, was once an underground safe space for the Welsh LGBT community.

Robert Keetch, who worked behind the bar, said: “You’d go along, you’d knock on the door, they’d slide a little hatch, look at you, let you in… it was a place to escape to.”

Tunnel Club was very much a secret place, with the location never disclosed publicly. Even so, it was a target for hate crime.

Mr Keetch remembers an occasion when the fire alarms went off and people had to evacuate because “somebody firebombed the bouncer’s car”.

The King’s Cross also had its fair share of abuse.

“There was somebody who parked his car outside, and it had two stickers in the back window that were absolutely homophobic. I can’t remember now, some stupid rhyme about gays and Aids,” said Mr Foskett. 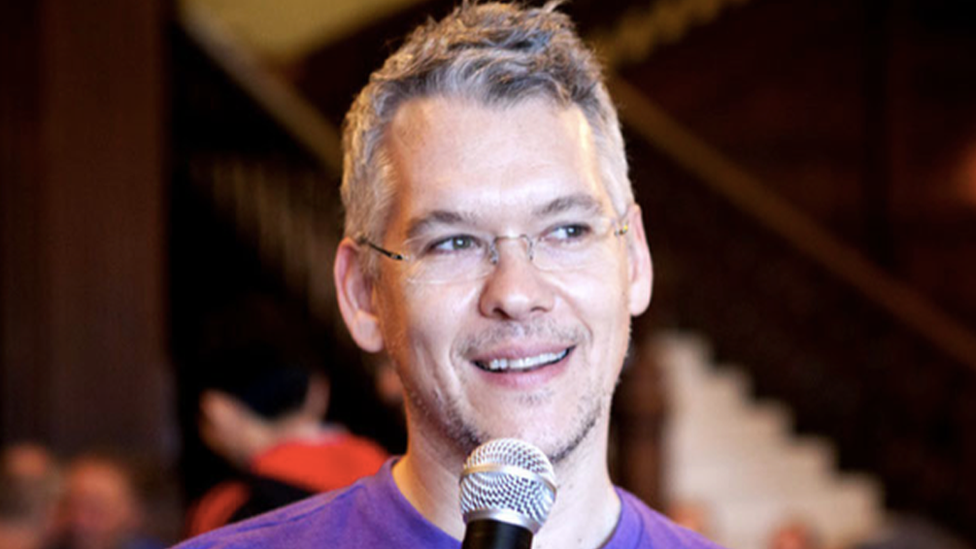 There was a sense that it was time for gay people to be much more public, and much more present, and that equality should happen

The fight for equality continued, but a wave of fresh trauma was on the horizon.

In 1982, Pembrokeshire-born Terrence Higgins died due to Aids-related illness. He was one of the first people known to have died from the condition.

Mr Higgins decided to leave Haverfordwest when he was a teenager, finding himself a new life in London.

One evening, while out in Heaven nightclub, a long running LGBT venue, Higgins collapsed. He died in St Thomas’ Hospital in London, on 4 July 1982.

His legacy, however, lives on.

The Terry Higgins Trust – later renamed the Terrence Higgins Trust – was formed, dedicating itself to the prevention of the spread of HIV. Today it provides support to people affected.

“Loads and loads of young gay men died in those years,” Mr Foskett said. “All of the latent homophobia under the surface had an excuse to come out.”

With some newspaper reports suggesting homosexuals should be exterminated to stop the spread of Aids, people in Wales decided it was time for change.

During April and May in 1985, Mr Foskett, who was also friends with women’s groups and a member of the Labour club, rallied support.

“Something needed to change,” he said.

“There was a sense that it was time for gay people to be much more public, and much more present, and that equality should happen.”

And Mr Foskett was the “sort of person who can make people do things they normally wouldn’t do”, according to Francis Brown, a friend who helped him kickstart things.

He said: “At one of the [gay social] meetings he [Mr Foskett] said ‘I think we should have a gay pride march in Cardiff’.

“That might not sound particularly strange now, but back in 1985 it was like, ‘are you serious?’ He was very keen and his sort of enthusiasm was very infectious.”

The small group got planning and the event took place on 20 June.

With placards reading “gay love is good love”, the procession marched from Queen Street to the students’ union in Cardiff.

“It was a small band of people, but it was a huge step for Cardiff I think, because of what it represented,” said Mr Brown.

Mr Foskett remembered it being “quite fun, and very small”.

“The people that we encountered were friendly. People laughed. People were incredulous, but they weren’t hostile.”

And while the organisers saw the first march as a success, those in subsequent years sparked more of a reaction.

“I remember distinctly in ’86 and ’87, the HIV epidemic had really begun to take hold. The government were doing horrendous tombstone adverts,” said Mr Foskett.

“The newspapers were beginning to really take against gay people. We got a lot more hostility in 1986 and 1987.”

It was a response to rising hate crimes in south Wales, with more than 5,000 people attending.

“It was an idea formed by South Wales Police,” said Mr Keetch, who is now a Pride Cymru patron.

“And it was only for about four hours or so. It was a small event, but it is what kickstarted what we currently have.”

The progress made since that first pride march in Cardiff has seen LGBT rights in the UK change dramatically.

And a Stats Wales’ survey on sexual orientation found that the proportion of the Welsh population identifying as lesbian, gay or bisexual has increased from 1.6% in 2014 to 2.3% in 2018.

This year’s Pride Cymru event has, like everything else, been affected by the Covid-19 pandemic.

Running from 24-30 August, it will run as a virtual series of events, which the organisers describe as a “week in which our communities still have the opportunity to stay connected, raise awareness and share their messages”.

In a statement, Pride Cymru said: “As Pride events around the world make history with their first online only events due to Covid-19, the heart of the occasions remain the same: there is always progress to be made, and always history to be remembered.”

For Lisa Power, who co-founded Stonewall UK, believes the Pride movement is much more than “having a really good day out”.

“The core of pride is visibility and strength, and a celebration of who we are, but also a promise that we’re going to try and make a better world for everybody in the LGBT+ communities,” she added.

And those activists in Wales who were an integral part of that history, see both the distance travelled and that still to go.

“These days if you don’t know someone who is LGBT, you’ve got a very strange life,” said Mr Brown.

And while there are almost certainly places where people face abuse and prejudice, “those things are getting less”, he added.

However, Mr Foskett said that, while there might be more rights for some LGBT people, there are others who “can’t assert those rights” and for whom it is still not safe to come out.

For Robert Keetch, the contrast in the last 20 years is striking.

“If you had told us back in 1999 that organisations like Admiral, like Great Western Railway, the unions, that the police force, the fire brigade, the army, the navy, would be sending people to walk in our parade, to celebrate who we are, who they are, and to celebrate love, I would have laughed in your face.

“But now you see it, and you see people queuing two, three deep alongside the roadside to watch us, and to celebrate with us. That’s how far we’ve come.” 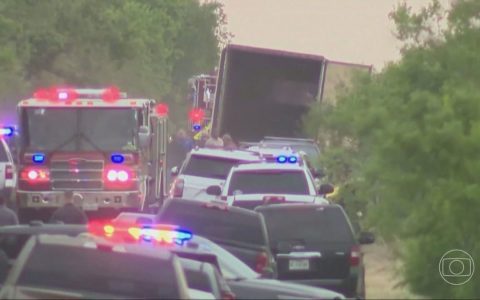