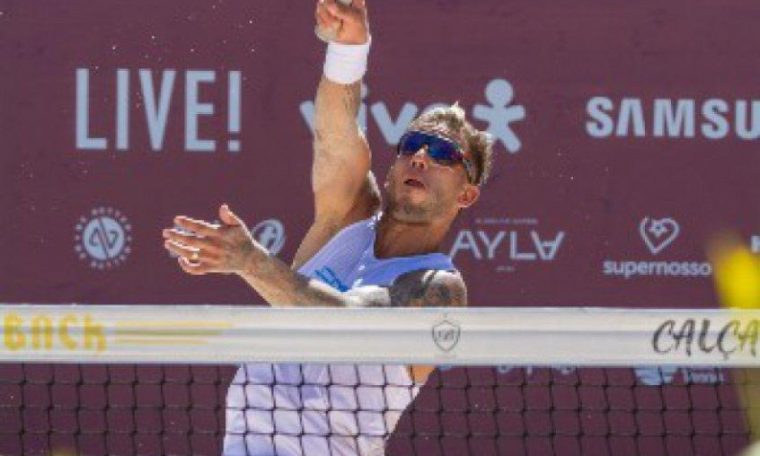 The main favorites started with victory in the BT50 tournament, one of the Belo Horizonte (MG) stages of the beach tennis world circuit, with a prize of US$4,000 and 50 points in the International Tennis Federation’s world rankings. ITF. The competition is held at the Casa Dipraia + Calçadao area in Belvedere, in the capital of Minas Gerais. This is the first time that the city and Minas Gerais have hosted a tournament on the world circuit.

Daniel Schmidt, world No. 15, and Thiago Prim beat the pair formed by Carlos Kirmayer and Diego Rodrigues with a double 6/2 to face the pair formed by Felipo Bernardes and Thiago Toei this Saturday afternoon. They are seeded seventh and if they win they will play a double round and the second match of the night will qualify for the semi-finals.

Seeded 1, So Paulo Gustavo Russo and Antonio Tremura beat the pair of Ricardo dos Santos and Jair Neto 7/5 6/3 and faced Joao Guerino and Jonas Silva. Hades 2, Espirito Santo lvaro Campanharo and Ricardo Baron of Campinas were passed 6/4 6/2 by Nato Porte and Felipe Loch. The third-favourite pair was eliminated, with Daniel Canelas and Antonio Vollmer falling to 7/6 (5) 6/7 (5) 10/8 with Enzo Ladendorff and Renzo Amancio.

Women’s favorites Brunella Paiva and Isabella Sela are in the quarterfinals. They beat Maria Nakamura and Julia Coutinho 6/3 6/4 and are looking for a place in the semi-finals against Brenda Brisac and Laura Pimenta.

Rafael Moura has recovered from his professional debut, but highlights positive experience

See also  Check out the revelations of the 2020 Brazil Championship

Rafael Moura, football’s He-Man, was defeated in the men’s qualifying at the BT50 tournament. He and his teammate Joo Nieva lost 7/5 6/7 (1) 10/3 against seed 2, Elias Giullo and Felipe Santarelli: “Yesterday I made my professional debut at the ITF. It was Belo Horizonte and Casa di Praia. I was to be at home. I thank my partner Joo Nieva for our partnership. For fulfilling the dream and gaining new experiences in my sporting life. It was such as bikecross, football, trail run and now beach tennis For this addiction and passion I have a lot to learn, a lot to learn and dedicate myself to the level of the great idols that I follow and am now living close to. Let’s go on for more, Perseverance accomplishes the impossible”, said Moura, who played for Corinthians, Atlético Mineiro, América Mineiro, Botafogo, Goa, among other clubs.

In total, 522 athletes from five countries (Brazil, Chile, Argentina, the United States and Portugal) are divided between the professional men’s and women’s ITF, Amateur A, B, C (CBT G2) and D (BTW Tour) categories. Doubles. , Women’s and Mixed Doubles, and Veterans. The BT50 tournament runs until Sunday, when the men’s and women’s semi-finals will be played. The women’s semi-finals will be played later this Saturday.

The competition is held at the Casa Dipria + Calçadao in Belvedere, which opened in the second half of last year. There are nine sand courts, four of which are covered, not only for beach tennis but also for other beach sports such as football and beach volleyball, as well as a functional bike lane, and space for gastronomy, children’s areas and parking. .