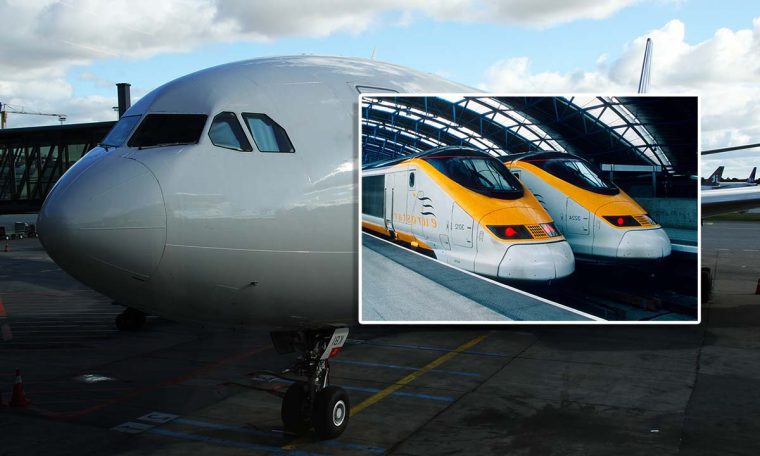 In Europe, for a few years, The term “flying shame” has gained popularity, coined by environmentalists, it wants “To describe the feeling of air travelers who know their travel may have harmful consequences for the climate, but fly nonetheless”, And that’s exactly what the Eurostar railway company intends to explore in its latest MarketingWhich also started a dispute with the airlines.

Eurostar is an international high-speed train company offering travel from the UK to France, the Netherlands and Belgium. More recently, its marketing department put out advertisements in the French media taunting the airlines.

On a black background, the train company says: “Of course airlines are green … with envy”, In the piece further down, their service was compared with a flight from Paris to London, stating that “Your CO2 footprint (on plane flight) matches 14 Eurostar trips”,

For the airlines, however, the campaign has been no fun. According to an article on the German website air telegraphSeveral airline owners complained about the railway company, which is owned by the French State Railways (SNCF).

“SNCF in France is a diva, the holy cow that should not be attacked”, says Pascal d’Izaguirre, president of the French airline Corsair. He calls for more respect for airlines’ efforts to become more climate-friendly.

In fact, many airlines have stepped up their efforts to become more sustainable in recent years, with initiatives in a variety of areas, from more affordable aircraft to using non-fossil fuels, but far from all of these. is expected to start from Future.

In the meantime, train travel will remain significantly more sustainable and Eurostar, as well as other railways, will take advantage of this in the face of Europeans’ growing search for less polluting means.