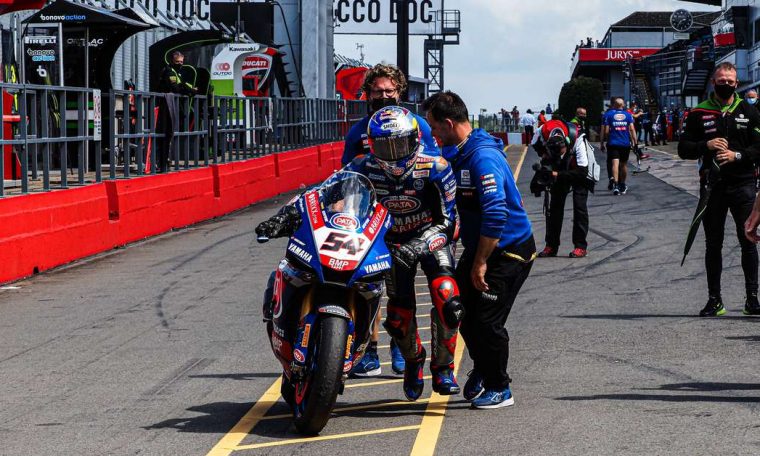 The Kawasaki rider failed to achieve his feat in victory, after Jonathan Rhee won his fourth consecutive pole in the 2021 season of the Superbike World Championship. Toprak Razgatlioglu had an exceptional race and won his second consecutive win after starting from 13th place on the grid and leading the field in Donnington, UK since the second of the scheduled 23 laps.

Rei came well off pole, but it was Rajagatlioglu who was catapulted from the fifth row of the grid, leading through the group into the starting corners and leading the race. Before completing the first lap, the Turk, who had not been doing well in the rain, started moving again on the dry track and, on the second lap, crossed Northern Irish rider Kawasaki to take the lead.

“The last time I did a race like this was in France in 2019. I started 16th and finished first,” recalled Razgatlioglu after his unexpected win. “It was the second in a row, starting on 13th isn’t bad.”

Behind the two leaders, who managed to open a decent lead very early, there was a fierce battle for third place between BMW’s Michael van der Mark, teammate Tom Sykes, Kawasaki’s Alex Lowes and Yamaha’s Garrett Gerloff. A maneuver by Lowes on two BMWs saw him finish third in the final third of the race, while, with eight laps to go, Gerloff lost control of the bike as he crossed the finish line and fell to the ground. Lowes now had no problem keeping Gerlof in place and the BMW pair crossed the finish line in fourth and fifth place.

Gerloff quickly made it back on the track and found himself fighting first with Lucas Mahias and with seventh-placed lvaro Bautista. The American passed Mahias and crossed the line behind Leon Haslam in seventh place with a margin of a few seconds over Bautista, who was eighth. Mahias and Axel Basani took the top ten positions.