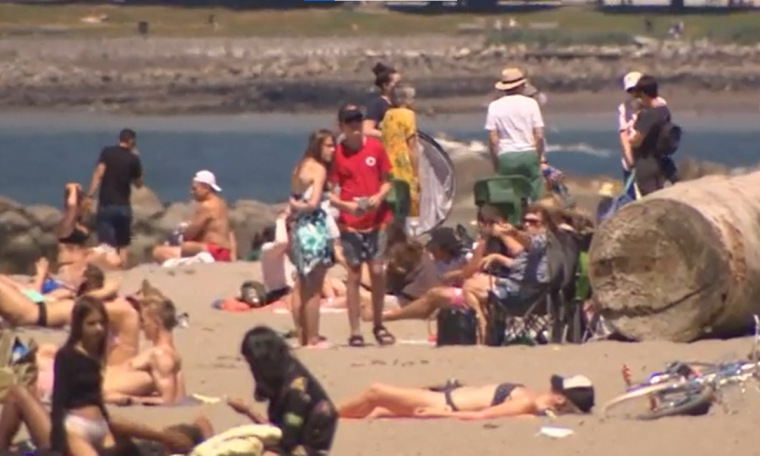 in British Columbia, Province Canada, closed schools and universities on Monday (28) due to extreme heat that pushed temperatures over the weekend to a national record, in a country widely known for brutal winters and snow.

Lytton, a city in the center of the province about 200 km north of Vancouver, recorded a temperature of 46.6 degrees Celsius on Sunday. Prior to the weekend, the historic high in Canada was 45 degrees Celsius, the highest recorded in Saskatchewan in 1937, according to the organization Environment and Climate Change Canada.

It was predicted to get even warmer on Monday, as much of western Canada set local temperature records, forcing people to seek refuge on beaches and lakes. In a province where less than 40 percent of homes have a device, social media posts with tips on staying cool without air conditioning have gone viral, according to a 2018 study by BC Hidro.

Many days of intense heat is unusual in the Pacific Northwest, which is accustomed to longer periods of rain than sunshine, and is caused by high-pressure systems, said Greg Flatow, senior research scientist for environment and climate change. Canada, Victoria.

“Temperatures get very high during the day, they don’t get too cold at night and they remain relatively constant, unlike the typical types of weather events here on the West Coast, which come into the Pacific Ocean and creep over us. ,” said Flato.

“It shows that the climate is changing. Science has told us for a long time, but to really be immersed in it because we’re sleeping in the basement to stay cool here — it really highlights the change.”