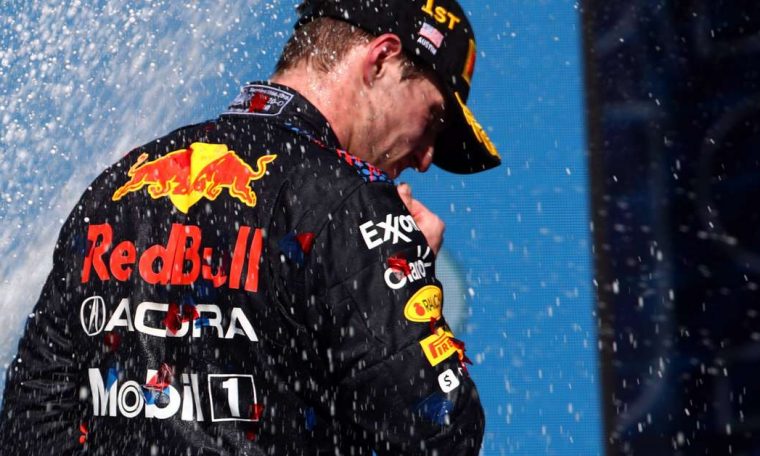 It wasn’t just Sergio Perez who fell ill during last Sunday’s (24) US GP. According to Red Bull consultant Helmut Marko, the winner of the race, Max Verstappen, also did not feel good throughout the race. “His eyes have gone completely black,” the Austrian manager told the German magazine Auto Motor und Sport.

Marko didn’t shy away from praising Verstappen, who had one of the best races of his career and managed to put Lewis Hamilton on the final lap to win in Austin.

Max Verstappen won the US GP, but his life in Austin was not easy (Photo: Red Bull)

He remarked, “He still has incredible mental abilities. He drives to the limit even when he is not well and still thinks about strategy.”

One big detail didn’t hurt Verstappen much more than his teammate. According to Helmut Marko, “Max also recovered with breathing exercise and hydration”. Perez ran into problems with the hydration system in the Red Bull car and dehydrated the entire race, something that took a toll on ‘Check’, who was suffering from diarrhea that morning in Austin.

“Lots of water flowed during the alignment lap [para o grid] in your car. The word spread like a devil. Then he had to change the balaclava. There was no water in the race. So, it was a good race”, described the manager.

In a press conference shortly after the race at the Circuit of the Americas, Perez described the drama when he thanked his third-place win at the US GP, much to the delight of the Mexican crowd in the stands in Austin. It was Sergio’s fourth podium of the season, his second in a row.

“I suffered a lot. I wasn’t feeling well in the morning and I haven’t had water since the first lap. It was crazy. I couldn’t drink anything,” explained ‘Check’. “I think halfway through my second stint it was starting to get really, really tough. I was completely lost,” said the Red Bull driver.

“I didn’t have the strength, I was losing strength in my hands, I was losing strength in my legs, vision was getting pretty uncomfortable too. I was just in survival mode. If I had a bad moment, I wouldn’t Hota was able to control the car, so it was the longest race of my life, no doubt about it.” “I think it was my physically toughest race ever,” the driver defined.