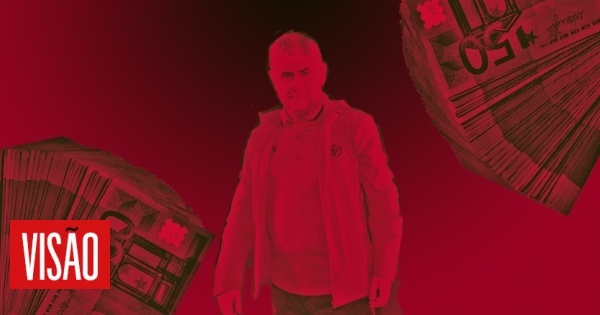 Portugal, the United States of America, the United Arab Emirates, Tunisia, and then Portugal. It is the route of money that the Ministry of the Public (MP) believes was used by Luis Philippe Vieira in a player transfer scheme that would cost Benfica and the Portuguese state several million euros in damages from 2014. The investigation points to three suspicious businesses: Paraguayans Darlis González and Claudio Correa and Brazilian Cesar Martins. Overall, Benfica’s president, now with a suspended term – “vice” Rui Costa took over yesterday – would have siphoned off around 2.5 million euros from Club da Luz’s coffers.

MP, indictment to which VISO had access, indicates that football manager Bruno Macedo may have acted as “frontman” of Luis Filipe Vieira in all of these occupations – it may have been, in fact, through entities. offshore Controlled by Bruno Macedo, the money traveled the world until it finally reached Vieira and his son Tiago Vieira.

Luis Philippe Vieira, representing SAD do Benfica, and Bruno Macedo, owner of Springlabyrinth, LDA (a company formed in 2014), signed a cooperation agreement for the purchase and sale of players. It was in this context that the deals for Darlis Gonzalez, Claudio Correa and Cesar Martins were completed, which were operated by Macedo itself. Entrepreneur, as it is now known, also controlled off the coast Sports Fundos (based in the United States), Master International (in the UAE) and Trade Inn and STE International (both in Tunisia and based at the same address).

Between sports rights, arbitration and commission, Benfica would have paid approximately 2.5 million euros to Master International in the United Arab Emirates, which in turn transferred the funds to STE International in Tunisia. In another move, Benfica paid about three million dollars to Sport Funds in the United States, an amount that, this time, was also transferred to the trade in Tunisia. The trade-in will then make another transfer, with all the money to STE International located at the same address.

Companies controlled directly or indirectly by Bruno Macedo were instrumental in parking the money received through business simulations, the MP believes.

It was precisely through STE International that approximately 2.5 million euros returned to Portugal, with this amount being transferred to Luis Philippe Vieira’s Cosmos-related company Promotive. Bruno Macedo is the manager of this unit, but the MP believes, as noted in the indictment, that it happens “only to cover the performances of the actual managers, Luis Philippe Vieira and Tiago Vieira”. . According to the investigation, Bruno Macedo would be just a “front man” for Benfica’s president.

The investigation believed that this circuit proved that “all of these companies, directly or indirectly controlled by Bruno Macedo, were instrumental in parking the funds obtained through business simulations, namely those led by Luis Philippe Vieira.” Inclusion in SL Benfica SAD”. The Portuguese state also suffered, as “the suspects wanted to hide these amounts from the tax administration”, means of remittance, thus avoiding payment of taxes. The document submitted by the MP concludes that Luis Filipe Vieira, Tiago Vieira and Bruno Macedo set up a fraud scheme, simulating forged documents and contracts “with the prohibition of such conduct and with full knowledge of the offence”.

In addition to business involving player transfers, The club’s bid for SAD is also in the crosshairs of justice held by the Securities Markets Commission. (CMVM), in May last year, to be considered illegal, and which aimed to benefit Vieira and José Antonio dos Santos through the creation of a capital gain of at least 11 million euros. The sale of 25% of the share capital of SAD do Benfica to a foreign investor, on the “back” of the CMVM – for the benefit of the businessman and friend of the Benfica chairman – is also under investigation.

It is recalled that the arrests of Luis Filipe Vieira, José Antonio dos Santos, Tiago Vieira and Bruno Macedo were followed on Wednesday after a red card operation – coordinated by Judge Carlos Alexandre, Prosecutor Rosario Teixeira and Tax Inspector Paulo Silva – that involved searching The companies were linked to the SAD of Benfica, the headquarters of Novo Banco and the business universe of Luis Filipe Vieira and José Antonio dos Santos, and which included nearly a hundred elements of PSP and tax oversight.

The hearing on the four prisoners is going on in the Central Criminal Investigation Court since Thursday. The interrogation continues on Saturday as well. Coercive measures should be announced by Judge Carlos Alexandre within the next few hours.