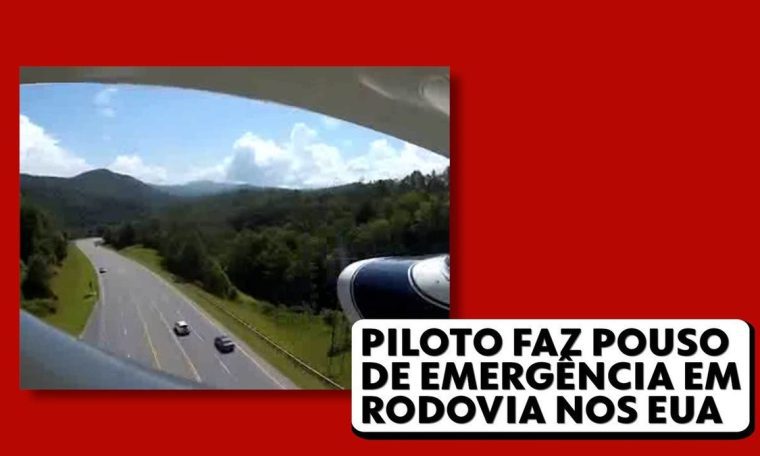 Pilot Vincent Fraser made an emergency landing on North Carolina Road on July 3, when it was a public holiday in the United States. United States of america, A video captured by the pilot shows him turning the plane off the transmission lines and looking for a spot between the cars for landing. (watch video above)

According to local media, the pilot noticed an engine failure and began exploring options to attempt an emergency landing.

“I looked to the left and before that I couldn’t see anything because it was just mountains and trees but a road,” Fraser told Fox News.

Fraser’s father-in-law was also on the flight. No one got hurt.

Fraser is a veteran of the US Army but a novice in aviation. According to the newspaper “Today”, he obtained his license to fly a few months ago and had about 100 hours of flying experience.

“If you look closely, you can see the transmission lines that he was able to bypass,” Sheriff Curtis Cochran said. “It could have been disastrous.”

Fraser told CNN that a mechanic checked the plane after landing. Then it was taken to another area of ​​the mountain, from where it took off again after 3 days. No problem this time.