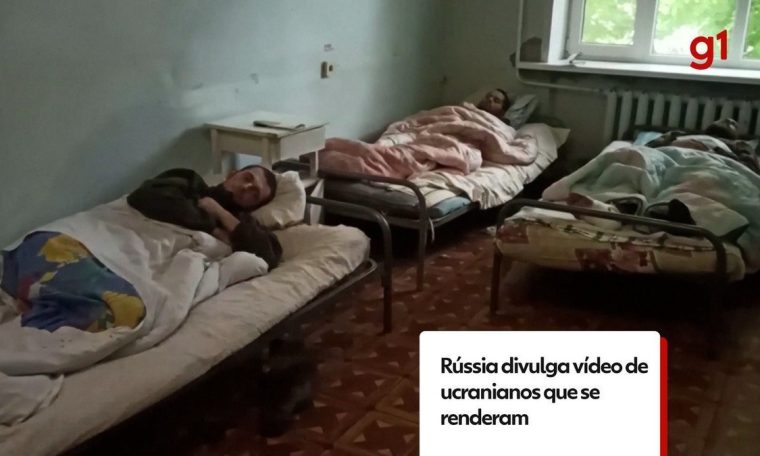 Ministry of Defence Russia Videos published on Wednesday said Ukrainian soldiers were receiving treatment in a hospital after Russian troops instigated the surrender of Ukrainian troops. Ukraine Those were besieged at the Azovstal steelworks in Mariupol.

In one video, a group of men are seen lying on a bed in a room, and the two talk briefly to the camera. One said he had access to food and doctors, and another said he had received bandages and had no complaints about treatment.

Azovstal steelworks in Mariupol with a thick layer of black smoke on top of the roof — Photo: Reuters/Alexander Ermochenko TPX Images of the day/file photo/file photo

In another video, a man with a head wound said that he was being well fed and looked after and was not under any physical or psychological pressure.

It was not possible to establish whether the men were freely speaking.

Russia said that 959 Azovstal soldiers have surrendered since Monday, including 80 wounded who were being treated in Novoazovsk in the Donetsk Republic.

Ukrainian authorities have halted all public discussions about the fate of the soldiers protesting at Azovstal, keeping the defense of the steelworks with their tunnels and shelters in the face of heavy Russian bombardment for several weeks.