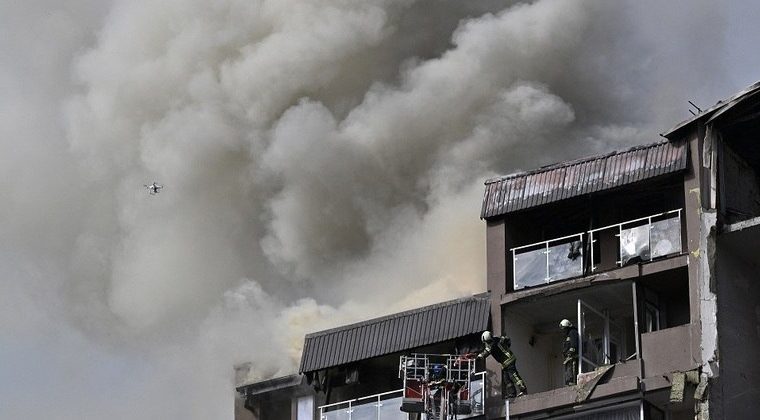 Russia said it bombed a missile factory in Kyiv on Sunday, saying the attack “falsely” hit a residential area in the Ukrainian capital.

It was the Artyom weapons factory, “as a military infrastructure, was the target of the bombing,” the Russian Defense Ministry said in a statement, explaining that the damage to a neighboring residential building was caused by a Ukrainian missile.

“Russian forces attacking civilian targets in Kyiv = false,” the Defense Ministry insisted. The Russian missile “hit the workshops of the Artyom factory with precision”, he said.

The ministry also reported that the damage to the neighboring building was caused by a Ukrainian anti-aircraft missile. “The damage was not only from above, but also from below, which confirms the fallen version of the Ukrainian defense missile”, he said.

This claim could not be independently verified.

One person was found dead and four others hospitalized after a morning bombing in a neighborhood near the center of Kyiv, according to Ukrainian officials.


See also  Brexit: No extension is no surprise, states Foster