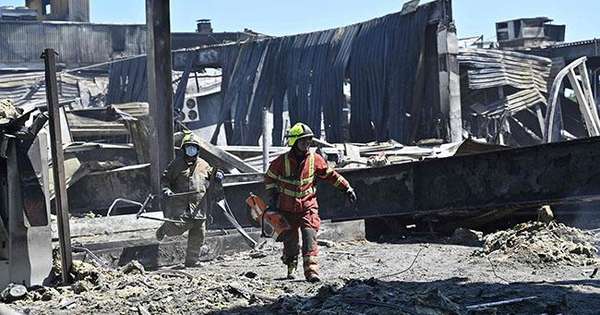 Russia said on Tuesday (28) that its offensive in Ukraine would stop when the Ukrainian government and military surrender. “The Ukrainian side can end (the conflict) today. It should order nationalist units to surrender arms, order Ukrainian troops to surrender arms and all conditions set by Russia must be implemented. Then it’s all in one Will be over in the day,” said Vladimir Putin’s spokesman Dmitry Peskov.

According to him, there is no time frame or timetable defined by the Russians: “we are guided by the statements of our president”.

Peskov reiterated that “the special military operation proceeds according to plans”, using euphemisms referring to Russia’s attack on Ukraine.

The spokesman thus reacted to Ukrainian President Volodymyr Zelensky’s statements on Monday by G7 leaders, urging them to do “as much as possible” to end the conflict before the end of this year.

Russia launched a massive military offensive against Ukraine on February 24, saying it wanted to “demilitarize” and “deny” the country while condemning the genocide of the Russian-speaking population.

Fierce resistance from Ukrainian forces prompted Moscow to limit its objectives, concentrating on the east of the country, with bloody fighting and a slow advance of Russian troops.

Peace talks have been stalled for weeks, with both sides blaming each other for the standoff.