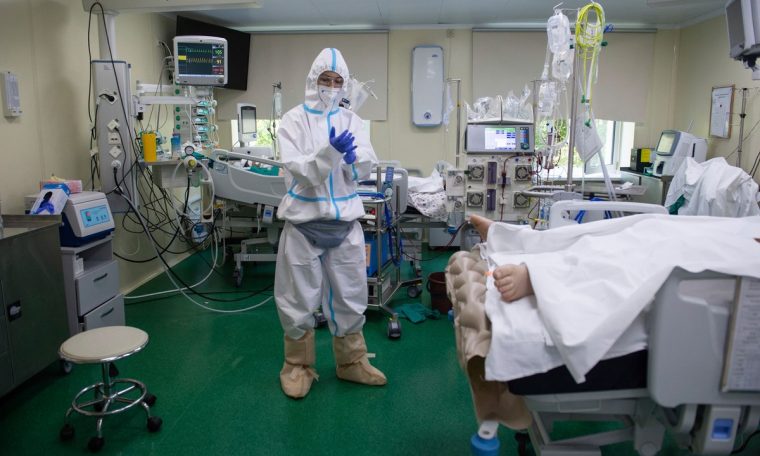 a Russia This Saturday (16) crossed 1,000 deaths by Covid-19 in 24 hours for the first time since the start of the pandemic, at a time when vaccination is stable and there are no hygiene restrictions.

According to the government balance, 1,002 deaths and 33,208 new cases were reported for the third consecutive day, two records.

The new wave of cases came with only 31% of Russians fully vaccinated as of this Saturday, according to the Gogov website, which collects Covid-19 data from regions.

The absence of strict restrictions has allowed the virus to spread uncontrollably, although many regions have reinstated the requirement for health passports with QR codes to access public places.

This week, the government announced that officials must ensure “the economy continues to function”.

The government said Russia’s health system was ready to accommodate the growing number of patients and stressed it was not “overloaded”.

The authorities blamed the Russians for the spread of the pandemic.

Health Minister Mikhail Murashko criticized his “behavior” this week, while Kremlin spokesman Dmitry Peskov said everything was done to give Russians the opportunity to “save their lives by getting a vaccine”.

Russia developed its own Covid-19 vaccine, Sputnik V, and the state launched a vaccination campaign that had limited resonance among the skeptical population.

Independent opinion polls show that more than half of Russians do not plan to be vaccinated.

Which vaccine is this? Sputnik V

Russia registered by this Saturday 222,315 deaths from Kovid-19, the highest number in Europe, but officials are accused of underestimating the numbers.

Based on a broad definition of virus-related mortality, statistics agency Rosstat said on Friday that more than 400,000 people in Russia had died from the pandemic by the end of August.