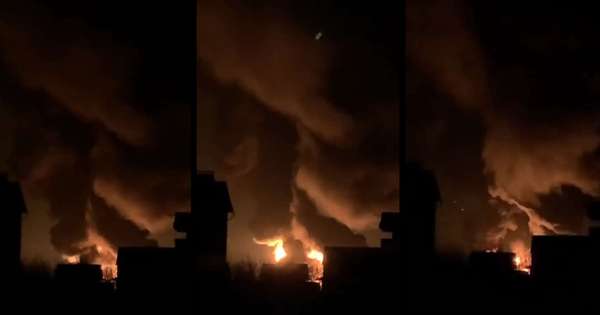 A Russian missile struck an oil terminal in Vasilkiv in the Ukrainian capital Kiev on Saturday night (26/2), in a new series of attacks on its eastern European neighbour. Another blast was also recorded.

According to the Ukrainian government, the attack did not affect the containers or cause any radiation leaks.

“Tonight is going to be hell,” declared journalist Kristo Grozev, as three convoys with about 500 tanks were approaching Kiev from different directions.

Kiev now. Rockets are being fired continuously. And three convoys of tanks – about 500 in total – are approaching the city from different directions. Tonight will be hellish. pic.twitter.com/pgkjvSnVT1

According to Peskov, Kiev “categorically” rejected the terms of Moscow And so the offensive continued. “It was an attempt to force us to stop,” he said without elaborating.

At a press conference in Brasilia, the person in charge of the Ukrainian Embassy, ​​Anatoly Tkach, Called for humanitarian aid and arms shipmentsProtective equipment and fuel for the country.

Read also: Sirens in Kiev: ‘One of the saddest and terrifying sounds I’ve ever heard’

“Ukraine is asking the international community for solidarity, we are asking them to increase sanctions, isolate Russia in international forums and support Ukraine with weapons, protective equipment and fuel,” he said.

He also reported that Russian troops were suffering losses, with 3500 confirmed dead and 200 arrested. “However, Ukraine is open to dialogue and is applying every possible diplomatic effort,” he said.