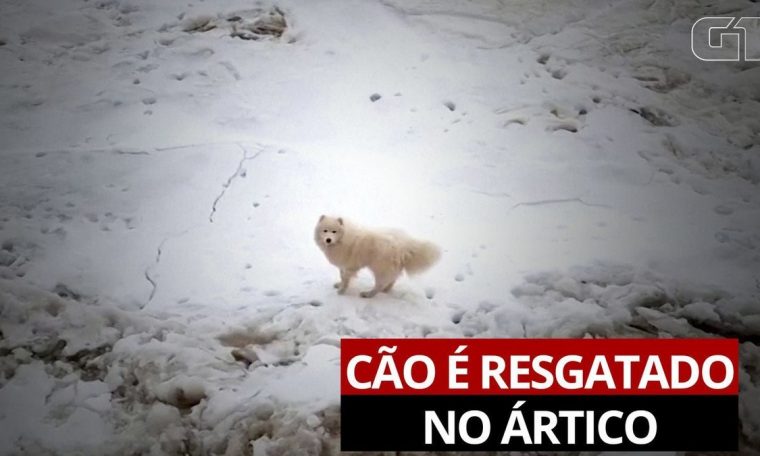 A dog in the Arctic was rescued by Russian soldiers after fleeing home and getting lost in a sea of ​​ice. The rescue was logged by a drone (see above).

Icebreaker Alexander Sanikov was near the Arctic Gates terminal when his crew spotted the animal. She could have been injured by the movement of ships at the site, and the sailors immediately decided to rescue her.

To make matters worse, there was no way to get the dog back to shore alone, as the ice had already floated and its surface had many cracks. If he had stayed there, she would surely have died soon.

The crew raised what they called the ceremonial ladder so that the animal could climb it. Later, they learn that the one-year-old Aika owner had been looking for her for more than a week.

“We examined all possibilities how to get the animal out of the snow and put up a ceremonial ladder for it to ride on. Later, we used our communicators to contact the locals, found his owner, and a few hours later he was safely returned to the village,” summarized Alexander Sannikov’s assistant captain Yevgeny Nagibin.