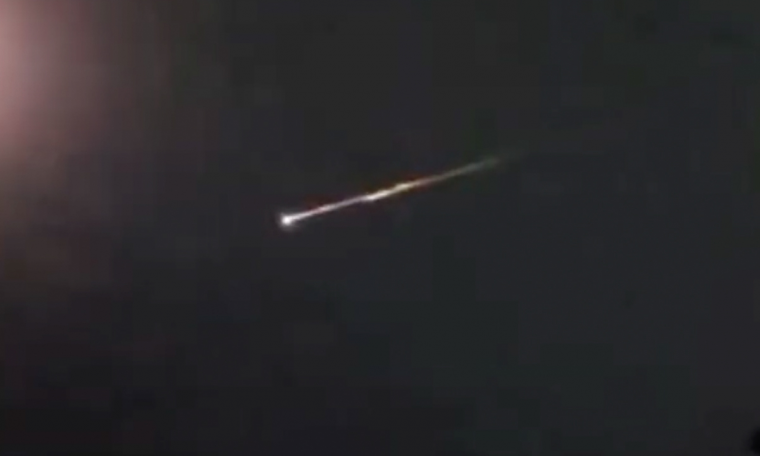 The spy satellite Kosmos-2551 from Russia returned to Earth in the early hours of Wednesday (20). During re-entry into the atmosphere, the satellite was glowing like a beautiful fireball as seen by observers in cities across the southern and northern United States. The American Meteor Society (AMS) has received reports of more than 80 people seeing a glowing object in the sky.

There is not much doubt about the identity of the object. AMS estimated that the fireball “lit up” at 1:43 a.m. EDT, estimating the exact time the Kosmos-2551 satellite would pass through the reporting areas. “So I conclude that the identity of Kosmos-2551 is solid,” commented Jonathan McDowell, astronomer and satellite tracker. Chris Johnson, one of the people watching the re-entry, posted a 27-second video that shows the satellite shining into the sky from Fort Gratiott Township, Michigan.

Kosmos-2551 is a Russian reconnaissance satellite that was launched in September but failed. After launch, the satellite failed to adjust its orbit, and McDowell estimated that the satellite would re-enter the atmosphere the next day—the prediction took less than an hour to realize. The satellite’s re-entry probably did not leave debris, so there was little risk of people or buildings on the ground being affected.

This type of fireball, due to the re-entry of space junk, is a very rare phenomenon to see – recently, for example, Remains of a Falcon 9 Rocket, gives SpaceX, Starlink shone in the sky after the launch of a wave of satellites. Therefore, as humanity continues to launch more and more satellites into orbit, these events are expected to become more and more common.