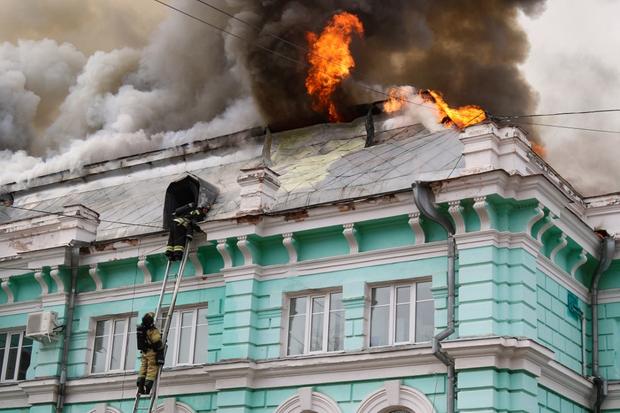 Despite the fire on the building, the doctors finished the surgery. According to one nurse, ‘there was no moment of panic’

Russian surgeons demonstrated an accomplishment on Friday (2) when they completed open heart surgery at a burning hospital in Blagoveshchensk, a city in Russia’s Far East.

“We could not interrupt the operation. We had to save that person and we did everything at the highest level. The operation was completed completely and without difficulties, surgeon Valentin Filatov proclaimed to television channel Rossiya 24.

This morning, a fire broke out at the cardiac clinic in Blagoveshchensk, leaving the establishment vacant. But the surgeons who were working decided to stay until the end of the open chest operation.

“There was nothing to panic,” said Antonina Smolina, nurse of the surgical team.

To continue the operation, surgeons installed an electrical cable from outside and fans to remove smoke, rescue personnel said.

“Fire control was complicated by the fact that (…) the fire was active on the surface, that is, 1,600 square meters,” explained Constantin Ribalco, Deputy Director of Emergency Services in the area.

After the operation, the medical team left the site on fire and the patient was shifted to another hospital in the city.

The fire was finally brought under control without any casualties.

City officials have announced that they will honor the medical team and firefighters.