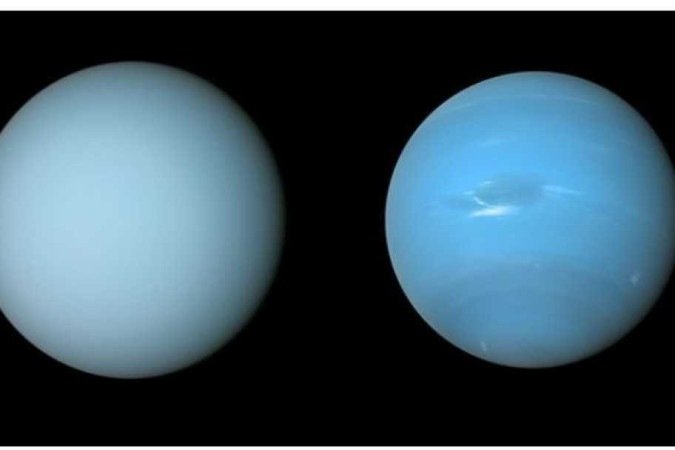 Despite being similar planets, Uranus and Neptune have different colors. For a long time this question puzzled astronomers, but now scientists have taken another step towards understanding why this is so.

With observations from Gemini Observatory, the NASA Infrared Telescope Facility and the Hubble Space Telescope, the researchers developed an atmospheric model of the two planets. The results were published in Geophysical Research Journal,

And the different colors of the planets are explained in the atmosphere. The extra haze on Uranus accumulates in the planet’s dull atmosphere and makes it appear lighter than on Neptune. Uranus is pale cyan, while Neptune is blue.

According to the researchers, if the atmospheres of Neptune and Uranus did not have haze, both would have appeared almost equally blue.

Despite the difference in colour, the two planets are very similar in mass, size and atmospheric composition.

The model developed by the scientists also helps explain the dark spots seen on Neptune and the hard-to-reach Uranus. According to research, the explanation lies in a deeper, deeper layer.