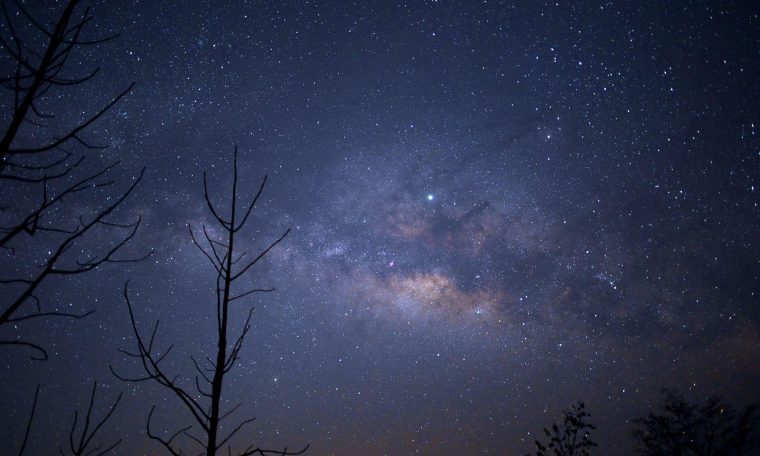 The objects “do not seem to correspond to any known type of object”, report the scientists who find them, who do not have any definitive explanation of how they may have formed.

So far, four of the objects have been found, all of them circular and otherwise unexplained. Three of them have glowing edges.

The researchers speculate that the “unexpected class of astronomical objects” could be a spherical shock wave from a dramatic event elsewhere in the galaxy. That could include the blast from powerful events such as fast radio bursts, gamma-ray bursts or neutron star mergers, which remain mysterious in themselves and would have taken place long in the past.

The objects may also represent a new view of an already known phenomenon, the scientists say in their new paper. They could be the result of looking at the jets of a radio galaxy down the end, for instance, appearing circular because we are facing down the “barrel” of the blast.

The astronomers also say that it might be possible that the objects are a variety of different things, which have been spotted at the same time because of new observational capabilities rather than representing just one new category of discovered object.

The objects were spotted by a new kind of radio telescopes, the Australian Square Kilometre Array Pathfinder, researchers report in a new paper published on the arXiv and which has been submitted for publication in Nature Astronomy. They were discovered while researchers were working to conduct the Evolutionary Map of the Universe (EMU) survey, which scans the sky.

The astronomers who found the object have named them ORCs, or “Odd Radio Circles”, a name chosen because the researchers are otherwise “lacking an explanation for their origins”, they write.

Circles are often found in astronomical images, and can be a sign of a whole host of different objects: they can be everything from the leftovers of a supernova, a planetary nebular, or looking at something such a protoplanetary disc or star-forming galaxy from a certain angle. They can also be a sign of a bug, and may come about when there are bright sources from wrongly calibrated telescopes or other issues.

But the newly discovered circles do not appear to be explained by any of those more traditional objects. Instead, they “appear to be a new class of astronomical object”, the researchers note.

Three of the objects were found when researchers looked through images taken from the survey. Another – which looks slightly different – was found in archival data that was originally taken in March 2013, suggesting that the objects are unlikely to be a problem with the survey or the telescope used to conduct it.

Astronomers will continue to survey the sky in the hope of finding the source of the strange circles, they conclude.