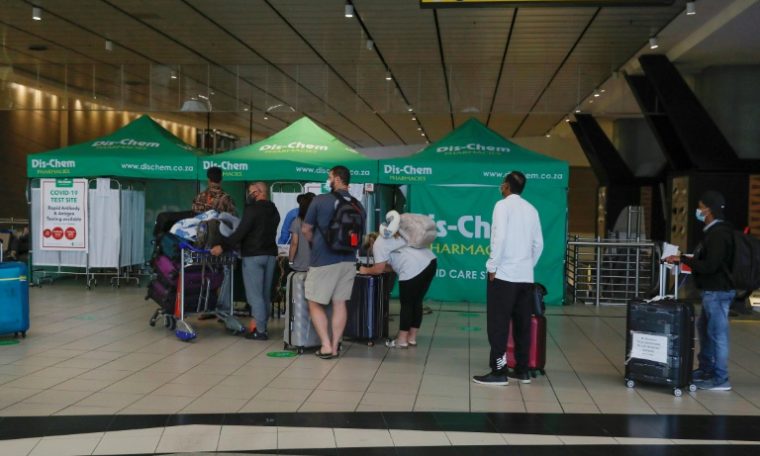 The omicron version of the coronavirus discovered by South African researchers is rare and contains a large number of mutations, making it highly transmissible.

The World Health Organization (WHO) on Friday spoke of a “worrying” version that has caused global panic and a ban on international flights.

Scientists work round the clock to analyze it and try to understand its behavior. This is known from the elements shared by South African scientists.

The origins of this new breed are currently unknown, but South African researchers were the first to announce their discovery on 25 November. Cases were reported in Hong Kong and Botswana that day. A day later, it was Israel and Belgium’s turn.

On November 23, researchers discovered a new variant with a “very unusual constellation of mutations.” Some familiar, some new.

“It has the highest number of mutations we have seen so far,” Professor Mosa Moshabela, in charge of research and innovation at the University of KwaZulu-Natal (south-eastern South Africa), told AFP. “Some have already been observed in delta and beta, but others are unknown … and we don’t know what this combination of mutations would look like.”

In the spike protein, the key to the virus’s entry into the body, the researchers observed more than 30 mutations, a key element compared to other dangerous types.

The speed at which new daily cases of COVID-19 are increasing in South Africa, many related to Omicron, suggests that it is due to the strain’s strong transmission potential.

According to official data, this week the daily positive rate for coronavirus rose from 3.6% on Wednesday to 6.5% on Thursday and 9.1% on Friday.

“Some of the mutations we have seen in the past have allowed the virus to spread more quickly and easily. Therefore, we suspect that this new variant spreads very quickly”, explains Professor Moshabella.

Based on previously available data, Moshabella says that given the few cases of the pandemic, “much higher than in previous waves”, one might think that the variant dominates immunity.

This may reduce the effectiveness of vaccines to an extent that has yet to be determined.

– the severity of the disease –

This is the great unknown. Less than a week has passed since the variant was detected, leaving little time to clinically determine the severity of the cases.

+ CNH: See what you need to know to apply and renew
+ Video of crocodile in Florianopolis is going viral on the Internet
+ Food Stamps: Understand how the new rules change for profit
+ See which were the most stolen cars in SP in 2021
+ Campaign identifies giant squid responsible for shipwreck in 2011
+ Everything You Need to Know Before Buying a Crockpot
+ Discovered in Armenia in the easternmost aqueduct of the Roman Empire
+ US agency warns: never wash raw chicken meat
+ Aloe Gel in Drink: See Benefits
+ Lemon squeeze trick became the craze on social media

See also  Is it better to leave the laptop plugged in or use it on the battery? | Technology