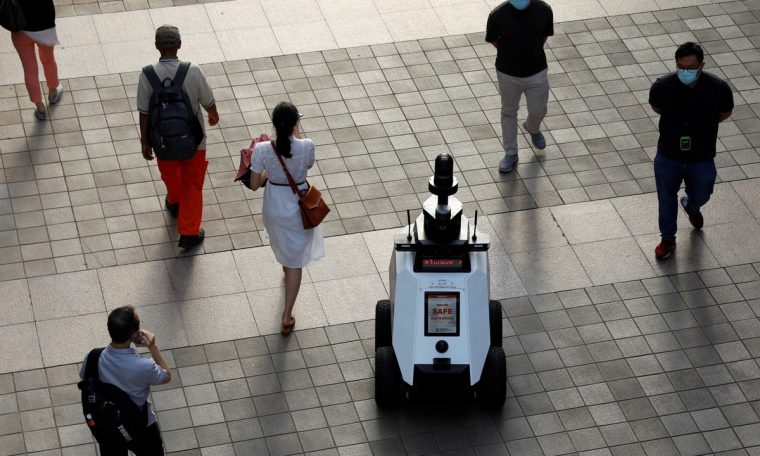 Robots are equipped with cameras and trigger real-time alerts For a command and control center.

The two “Xaviers” will initially operate in an area of ​​high pedestrian traffic in the center of the country.

Singapore’s government agency said robots that detected bad behavior in the first three weeks will display educational message. For now, there will be no punishment or use of images in the legal proceedings.

In the long run, the use of robots should be expanded to:

“The implementation of Xavier will support the work of civil servants, as it will reduce labor for foot patrols and increase the efficiency of operations,” the agency said.

Singapore’s Minister of Home Affairs K. Shanmugam said in August that the country intended to be more than 200,000 police cameras by 2030 – more than double the current number.