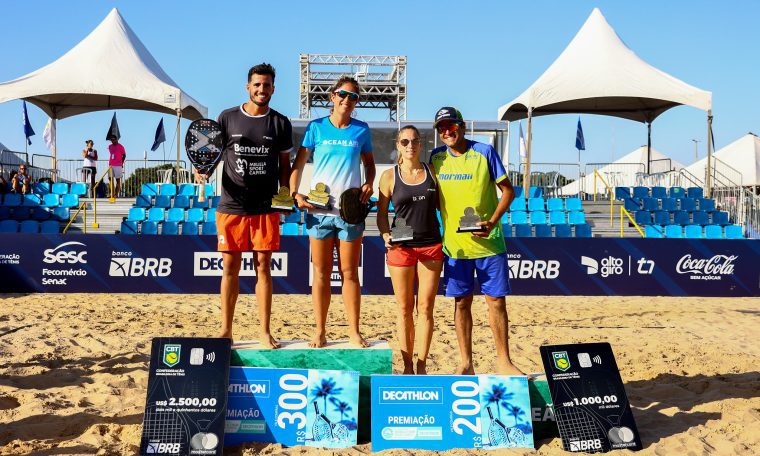 In the mixed doubles decision, Vira and Daina defeated Brazilian Vini Font (13th) and German Marike Bilgmayer (10th) to 0 by 2 sets, with sections 6/2 and 6/2.

“Incredible tournament, with an amazing structure. I hope all sand series are like this and I want to thank you for the wonderful work you are doing for the sport in Brazil”, said Champion. “The initiative to create a mixed doubles ranking is great and I expect it to grow further, as it is a strategic, mental and tactical category”, said Antonio Miguel.

The game that defined the mixed doubles champions ended the tournament, which has turned Brasilia (DF) into the sport’s world capital from Wednesday (15). The event brought together the best players in the world, who came from 17 countries, on an area of ​​10,000 square metres, with 11 courts, next to the Mane Garrincha Stadium. In Feminine, champion Italians Sofia Simatti and Nicole Nobel were ranked sixth and third in the rankings. The tournament brought together 120 players in a professional. And there were also 400 athletes in the amateur bracket, who came from several Brazilian states.