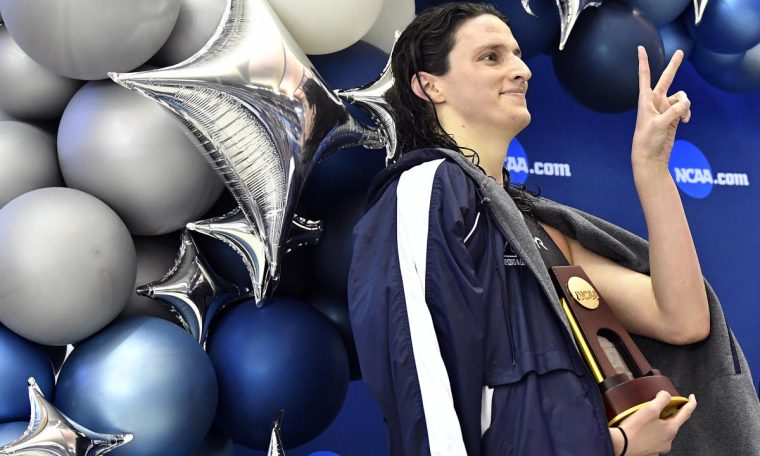 Once again, transphobia generates disapproval in the sports world, and this time it was during the first-class finals of the National University Sports Association (NCAA), a varsity league in the United States, that a swimmer faced severe discrimination.

Lia Thomas became the first transgender woman to win the competition, followed by Tokyo Olympic medalists Erica Sullivan and Emma Weynt. Although conquest is a historical fact, for many it is not so. Shouts like “It’s a man” were heard from the stands with banners bearing the inscription “Save the women’s game”.

This is not the first time that Thomas has raised different questions and throughout his history he has struggled to be able to participate among women. In 2019, she decided to stop living like Will and change her gender to be able to live like Lia. At the time, she competed in the men’s swim team at the University of Pennsylvania in the United States and later began competing among women.

“There was a lot of uncertainty. He didn’t know what he could do. I decided to swim the 2018 season as a man, without coming out of the closet, and it hurt me a lot. I struggled, my mental health a lot. Wasn’t good. I got very restless and felt trapped in my body. That’s when I decided it was time to start my transition,” he said in an interview.

“I’m happy with my time, my coach too, that’s what worries me,” he replied in a television interview. In addition, he assured: “I didn’t know how to swim and I like to compete, and I love to see how fast I can go”.

As soon as she changed gender, a group of female swimmers asked her to be expelled from the team. This was in a letter sent by former Olympic swimmer Nancy Hogshead-Makar to the University of Pennsylvania and the Ivy League: 16 female swimmers argued that Thomas should be barred from the women’s competition. Nevertheless, there were those who argued that she should be able to compete with women, because she considers herself a woman.

Meanwhile, she managed to complete 12 months of testosterone suppression treatment. His treatment coincided with the 2020-21 season, which was suspended due to the COVID-19 pandemic. And now from November 2021, she has returned to compete with women and has started breaking records.

Doubts remain, but the swimmer has met all the necessary hormonal requirements, with which her participation is completely legal.