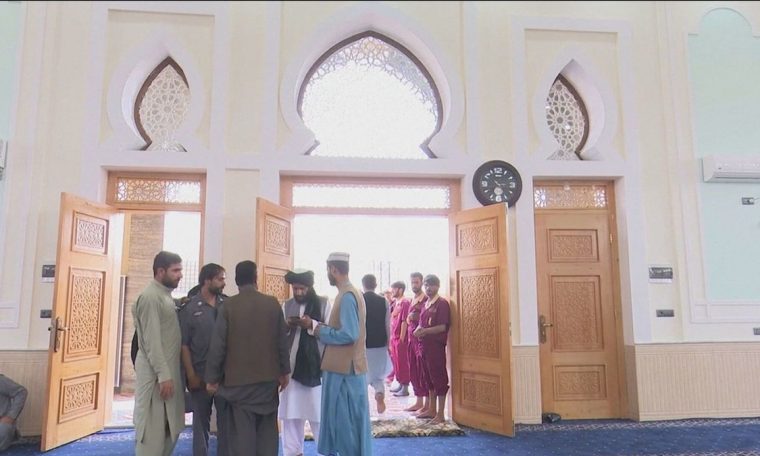 not sunday, or Taliban said there was a Islamic State attack on mosque Due to which five died.

Taliban spokesman Zabihullah Mujahid said the group’s fighters carried out the operation in northern Kabul on Sunday night. “As a result of the operation, which was very decisive and successful, the Islamic State center was completely destroyed and members of the group inside it died,” the Mujahid said on a social network.

Explosions and gunshots were heard in Kabul during the attack. Photos posted on social networks showed fires all over the place.

“The struggle continued for several hours. I do not know how many people were killed or arrested, but the fighting was intense,” he said.

The operation was launched hours after a ceremony was held at a mosque in memory of the mother of Taliban spokesman Mujahid. He passed away last week.

A government cultural commission official, speaking on condition of anonymity, said five people were killed and 11 were injured. The casualties included civilians and the Taliban. Three people were arrested.

Artifacts were placed at the entrance of the mosque, and it exploded as people left, after offering condolences to the Mujahid and his family.

On Monday, Mujahid said an investigation was underway, but “preliminary information suggests the attack was carried out by groups affiliated with Islamic State.”

The Taliban and the Afghan branch of the Islamic State, known as the Islamic State Khorasan, are both staunchly Sunni Islamists. However, they split on topics such as religion and strategy, which have already fueled conflict between them.