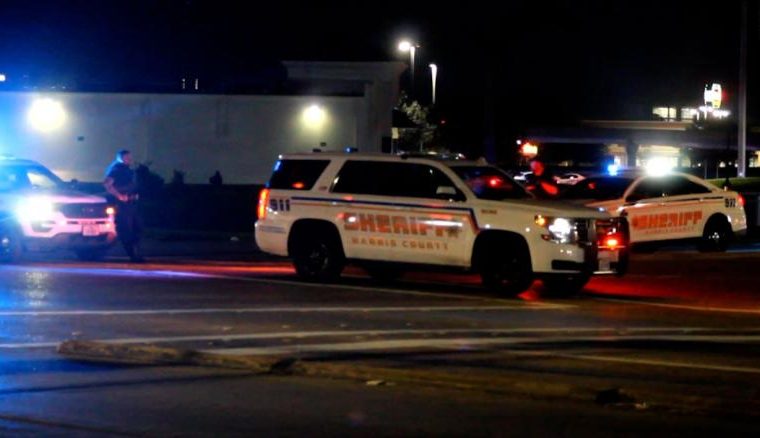 A man shot three police officers with a rifle Texas They turned their backs on a bar during the investigation into the riots that broke out in the early hours of Saturday, in which one of them died, officials said.

Houston Police Assistant Chief Executive James Jones told reporters that one person had been taken into custody, although officers did not yet know whether the man was a suspect or a witness.

“We believe he was attacked, shot in the back … with a rifle,” Jones said.

Jones said the shooting took place at around 2:15 p.m., after Harris County District 4 officers “going out to deal with a mess.”

“It may have been during a robbery in which they were interfering … probably unknown to them,” Jones said.

“They were trying to arrest a suspect when they were attacked” and shot, Jones said.

Officers were taken to hospital and one died, Precinct 4 police officer Mark Harman said. Their names have not been released yet.

“It is a difficult time for the police station. I am asking our community for prayers and positive thoughts for our families,” Harman said.

According to Jones, investigators believe the shooter was a man in his 20s. “We hope to have a suspect in custody soon,” Hermann said.

See also  Bye? Pope Francis will elect a cardinal and may resign