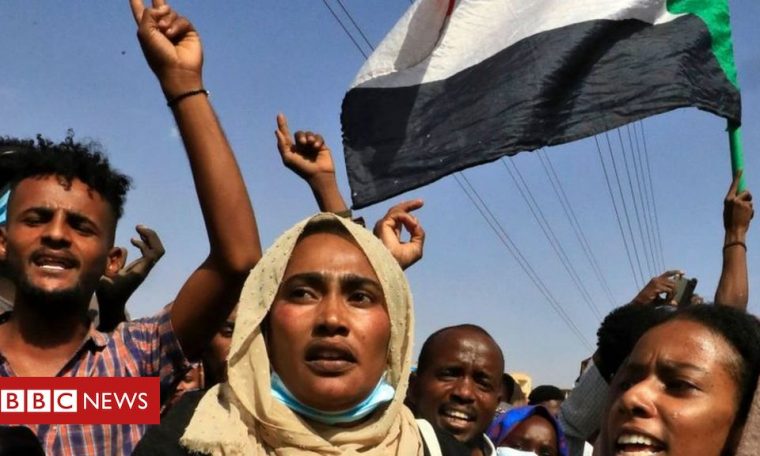 A military coup in Sudan on Monday (25/10) dissolved the government and led to the arrest of Prime Minister Abdullah Hamdok. This is the latest political crisis in the country which has been facing turbulent times for some years.

In addition to political tensions, the economy of Sudan, Africa’s third largest country, is in deep trouble with high inflation and shortages of food, fuel and medicines.

The coup has worried international powers that have recently established diplomatic ties with Sudan after years of isolation.

Below we have compiled some points about the military coup in Sudan that you need to know.

What is the background of the scam?

Military and civilian leaders have shared power since August 2019, after Sudan’s President Omar al-Bashir was ousted from power. He was accused of authoritarianism.

Bashir was overthrown by the military, but street demonstrations demanded the return of a civilian government. The military was then forced to negotiate a plan aimed at moving to a democratic regime.

Under that bill, the country must now be in transition, with civilian and military leaders running Sudan through a joint committee, known as the Sovereign Council.

But the two groups are publicly in conflict.

What is behind the political tension?

The military leaders of the transitional government called for reform from their civilian counterparts and called for the prime minister’s office to be replaced. The maneuver was considered a coup by civilian leaders.

There have been several failed coups since 2019, the most recent being last month.

The main civilian figure, Prime Minister Abdullah Hamdok, has linked the movement to Bashir’s loyal supporters – many of whom he says are embedded in the armed forces, security services and other state institutions.

In recent weeks, pro-military protesters have invaded the capital Khartoum. On the other hand, there were also large-scale spontaneous protests in support of the Prime Minister.

The pro-army protesters accused the government of failing to address the country’s problems.

Hamdok implemented some unpopular measures to improve the economy, such as a reduction in fuel subsidies.

Sudan, however, has a longstanding precedent of political weakness.

In the past decades, the fragmentation of political parties and their inability to build consensus have given way to attempts to seize power through military coups. As regional analyst Magadi Abdelhadi writes, the break-up attempts were made under the pretext of “restoration of order”.

Today there are at least 80 political parties in Sudan.

This widespread partisanship troubled the Sovereign Council: the internal division between military and civilian camps hindered any political consensus.

The head of the Sovereign Council made a speech announcing the state of emergency and the dissolution of the government cabinet and council.

Prime Minister Hamdok was reportedly arrested by soldiers along with several other ministers on Monday. According to local information, the headquarters of the state TV and radio network were taken over by the army.

The African Union, the United Nations and the European Union, as well as the Arab League and the United States, expressed “deep concern” over Monday’s military coup.

What can happen next?

Given Sudan’s “tremendous potential for civilian mobilization”, political analyst Alex de Waal suggests the coup is not a “closed deal”.

He told the BBC: “Whenever the army tried to cross the border, they were pulled back by the crowd in the streets. I doubt that’s what we’ll see now.”

According to the Sudan Information Ministry’s Facebook page, the prime minister asked people to demonstrate in support of the government.

In June 2019, before democratic transition was agreed, soldiers opened fire on protesters in Khartoum, killing at least 87 people.

The memories of this massacre are in the mind of the public, because there has been a clash between the two sides.