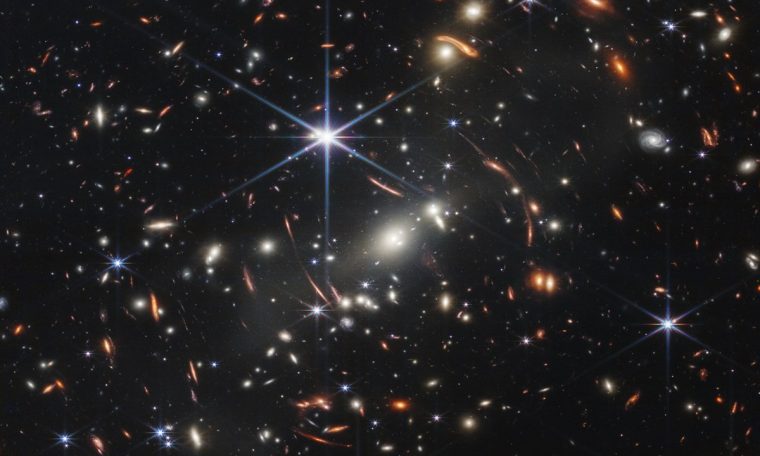 The image shows the cluster of galaxies SMACS 0723 full of details. There are hundreds of distant galaxies, which have never been seen so clearly. According to NASA, the image covers a piece of our sky the size of a grain of sand, seen from an arm’s length away.

The image shows the SMACS 0723 cluster as seen about 4.6 billion years ago. Since these celestial bodies are very far away, it takes time for their light to reach our region of the universe. So when we look through binoculars, we see the past.

JWST is an infrared telescope capable of revealing details of the universe that our eyes and older telescopes cannot capture. After several delays, the device was launched into space on December 25, 2021. Since the total cost of the equipment was about 10 billion dollars (about R $ 54 billion at the exchange rate on 07/11/2022), the scientists chose to wait for the most suitable and safe time for launch.

The Super Telescope, which is believed to be the successor to Hubble, is the result of a partnership between NASA, the European Space Agency (ESA) and the Canadian Space Agency (CSA). According to NASA, the main industrial partner of the project is Northrop Grumman.

Before the release of the image, Kamala Harris stated that the photo was only possible thanks to the work of the thousands of workers who devoted years of their lives to the project, and highlighted the union of the various countries in the enterprise. “JWST allows us to see the universe with greater depth and with impressive clarity, this was only possible through partnership between nations”, said the Vice President.

The image released this Monday is just the beginning of JWST’s scientific work. A new wave of photos will be released by NASA on Tuesday (12). can be done with disclosure in this link,

Astronomers around the world were able to apply for this first cycle to use up a portion of the telescope’s available time, according to the agency. The first “target” of the equipment was defined by a committee of representatives from the institutions responsible for building and operating the JWST.