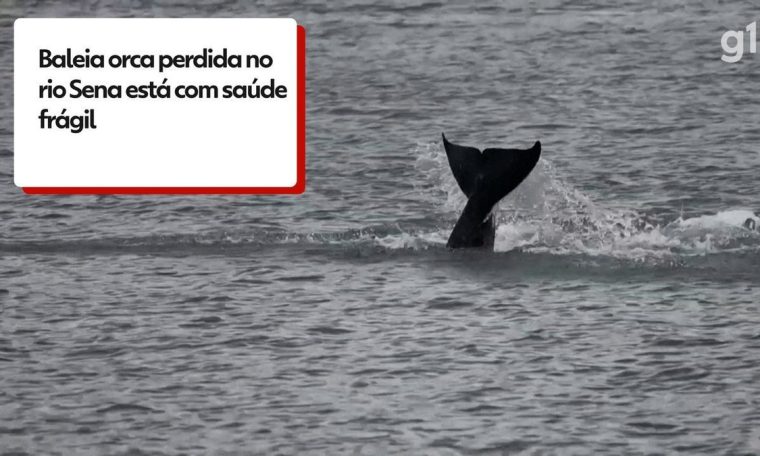 An orca whale lost in the Seine River FranceIn the past 10 days, it was observed on Thursday (26) at a point about 20 kilometers from the city of Rouen.

The animal is in poor health and needs to be returned to the sea as soon as possible, because the sea is where the food is.

The whale measures about 4 meters. She was first sighted on 16 May near the mouth of the river, between the port of Le Havre and the town of Honfleur in the Normandy region. Therefore, the whales swam against the current for more than 10 kilometers in the last few days.

The French government has come up with a plan to try to bring the whales back to sea: to reproduce the recorded sounds of other orcas.

A meeting was held between researchers from France and other countries to decide what would be the best way to transport the orca into the ocean. The animal will be monitored remotely, with a drone that will also make the sound of orca whales. The idea is to do this until the animal is back in the ocean.

Using these non-invasive methods, hundreds of meters away, is better than employing ships, which would have to move closer to the animal (this could worsen the whale’s stress in a way that threatens its health). The chances of the whales surviving are not high.