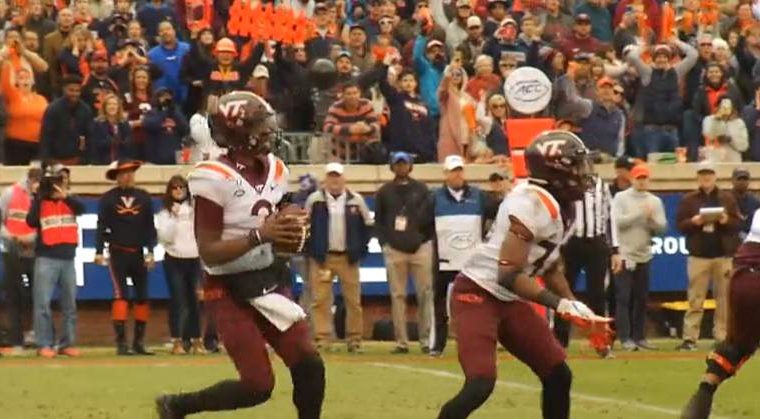 Blacksburg, WA. – Once the game was what opened the season, the Hawkeyes defender Jarrod Hewitt is ready to close the season on a high note against the University of Virginia.

“I wonder how things came to be, yes for sure, it’s good to play them one last time,” he said. “I mean, if it had been earlier, we would have liked to play them earlier this year. It doesn’t really matter, first game, third game, we will always be ready to play Virginia. ”

According to James Mitchell, the preparation for the state’s opponents doesn’t look much different, but the memory of last year’s loss is inspiring.

“The thing I remember is the storm in the field,” he said. “I was in the end zone when they did. At the far end, your locker had to go all the way back through the crowd to reach Rome. It stays with me, it’s stuck in my brain, after that we had a bad taste in our mouths. ”

The Cavaliers are rolling in the second half of the season, winning four straight, including knocking out No. 15 North Carolina. But his two-quarterback system that benefited him is what head coach Justin Fuente said made his offense different.

“Two quarterbacks in the game, they took it to another level,” he said. “Whether the move is on, or moving in motion and sliding below the center, and that QB is running and hiding 3 and 1.”

“[We have to] “Be disciplined, don’t run ahead of the quarterbacks, don’t let them sit there too long and play too much, just be the voice of the gap and we’ll be fine,” said defense lineman Justice Reed. Justice Reed said.

Saturday could be the most important game for the Hawkeyes this season.

“Running. Running. It’s simple and straightforward,” Hewitt said. “Needless to say. When you have a good game plan, a good week of preparation, the simple fact that we We have to go, we have to play. And from the start to the first match, we have to go. “

Kick Off is Saturday at 8:00 pm and can be streamed on ACCN.