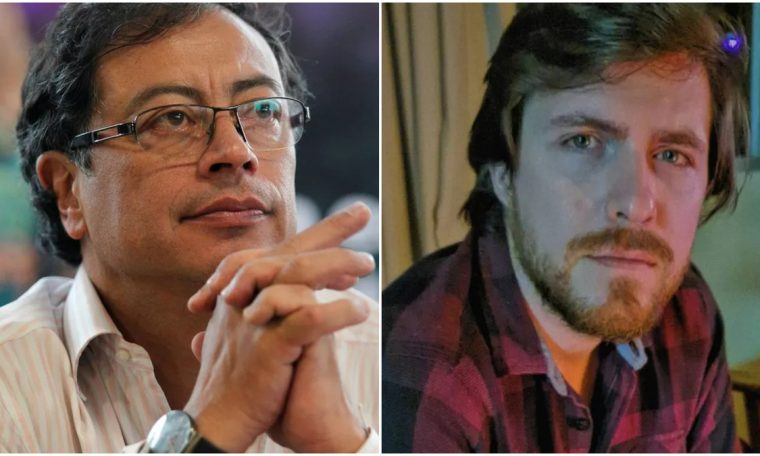 In 2021, I, Gustavo Petro, received an invitation from Colombian politician Gustavo Petro: if he wins the election for the presidency of the republic, he will invite me to take office.

This conversation happened on a TV show in Colombia. That year, with elections in Colombia approaching and the similarity of our names – if it weren’t for one pronunciation, they would be similar -, I started getting more mentions than usual, especially on Twitter – with most voters cursing about Petro. Against this I turned to a sticker on WhatsApp.

Late Sunday (19), hours after Gustavo Petro’s victory was announced, I was leaving g1 when i get a call. It was President-elect’s adviser Andres Hernandez.

I had already spoken to Hernandez about the interview – as I mentioned he received many insults from Colombians, he said I could call him if necessary – and the number on my cell phone had left.

“I am calling to invite you to the inauguration of Gustavo Petro, as he promised,” he said.

Even with the promise, I couldn’t believe it would happen. nervous, i answered in portuguese

“I’m respected, but I’m not important. It’s better to invite presidents and politicians. Not me.”

To which Hernandez replied: “You are named President of Colombia and you have been invited. We will work out the details this week.”

I asked him to extend his congratulations and hugs to the new president, which he said he would do. It’s not every day that someone in your name does the most important thing in a country.

And so, I was officially invited to the inauguration of the new President of Colombia. Plus, my social media has exploded. I must have got about 4,000 new followers from Colombia alone from this Sunday night to this Monday morning. This is quite a strange situation.