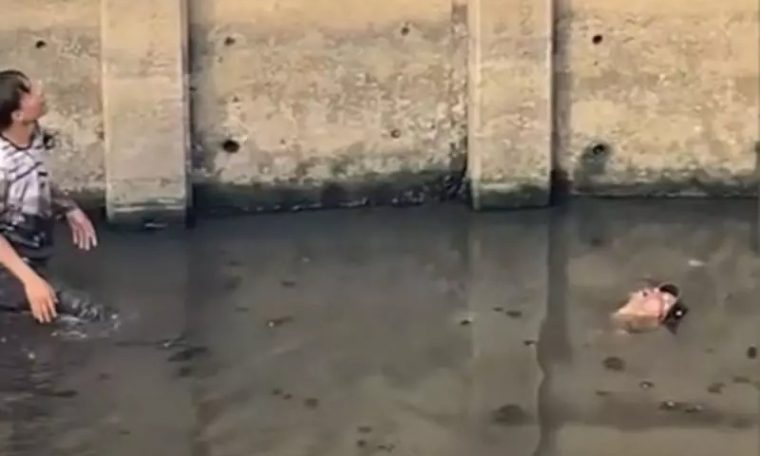 An elderly man decided to practice the ancient practice of meditation in an unusual place: a sewage channel in the city of Bangkok, Thailand.

People passing through the canal thought that they had found a dead body submerged in dirty water. In the video you can see the old man’s head floating around the garbage.

The population, which quickly gathered around the canal, tried to scream and get the old man’s attention, to make sure he was unconscious.

With no answer and no sign of life, he decided to call the police. Before officers reached the scene, a young man decided to go to the sewer channel and try to save the body.

When touched the old man reacted and surprised everyone present there.

“We thought he was dead! Everyone was shouting, but he did not respond,” said a witness to the incident.

“When someone tried to take him out, he woke up and said he was just meditating,” he concluded.

Eyewitnesses said that the elderly man also complained to the young man about waking up in the middle of his meditation. After the man was pulled out of the sewer, doctors examined him in an ambulance and he appeared to be absolutely healthy.